The Departed of Latin Music 2020 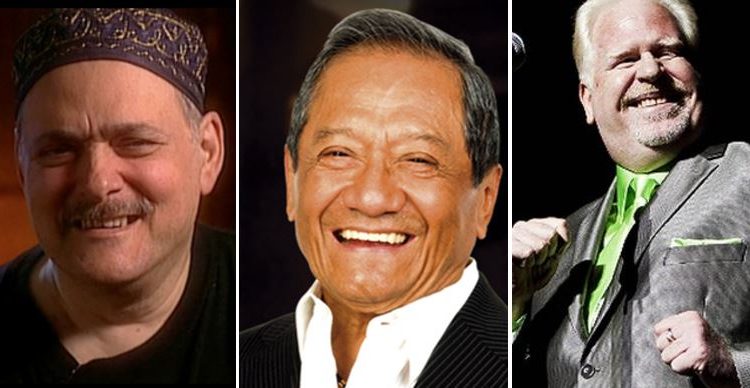 This year, 2020, has been a devastating year for all of us, and on top of it all, the departed were great contributors to our Latin music.

I’ll make a brief review of those that departed this year.

1. Pedro “Sorolo” Rodriguez (January) – A Panamanian cook, entrepreneur, music lover, and devoted to the Cristo Negro de Portobelo, Sorolo introduced Ismael Rivera to the Black Christ, and Ismael made sure to mention his name in songs like “El Nazareno”. I had the chance to talk to Sorolo and get the scoop on that story a couple of years ago, which you can read HERE.

2. Angel “Cachete” Maldonado (January) – the master Puerto Rican percussionist was quick to learn the latest from the Cuban master percussionist and bring and teach that technique in Puerto Rico and New York. Founder of Batacumbele, Cachete shared the passion for percussion through playing and teaching.

3. Andy Gonzalez (April) – the great New Yorker bassist, played a key role in the Salsa and Latin Jazz bands of the ’70s and beyond. Along with his late brother Jerry Gonzalez, he co-founded the Grupo Folklorico y Experimental Nuevayorkino, which highlighted and cemented the roots and spirit of African music in the music played in New York. Andy was an ultimate student of the instrument and could play it as well as anyone in the music business, be that in Salsa, Latin Jazz, or anything else.

4. Jose “Joe” Torres (April) – The fantastic and loyal pianist of the Willie Colon band since its early years until his “retirement”, the professor’s playing style was evident in any album in which he participated. His mark was stamped in all those famous albums of Willie with Hector Lavoe, Ruben Blades, and as a solo artist.

5. Jorge “Malo” Santana (May) – known for being the younger brother of the famous Carlos Santana, and with a similar (but a bit different) playing style, Jorge made his mark in Latin music through his electric guitar solo in the Fania All-Stars version of the “El Raton“, sang by Cheo Feliciano.

6. Pau Donés (Jarabe de Palo) (June) – the singer, songwriter, guitarist, and mastermind of this famous Spaniard rock band, Pau was admired by those in the “rock en español” genre and even many outside of it.

7. Victor Victor (July) – the Dominican singer, songwriter, and guitarist was a victim of the Covid-19 virus at age 71. He founded the Nueva Forma musical group.

8. Ramon Lopez (July) – the great Puerto Rican educator, researcher, and author, Lopez knew as much of Plena music as anyone. He wrote a great book on the subject “Bembeteos de Plena“, which brought some new perspectives on the folk rhythm.

9. Thomas “Chucky” Lopez (September) – the New Yorker percussionist was the bongo player of the 70’s edition of the Eddie Palmieri band during those golden years of Salsa music.

10. Frank Lebron (September) – part of the famous Lebron Brothers band out of New York, he was the conga player and percussionist.

11. Carlos “Cano” Estremera (October) – the gifted albino Salsa singer, “el Cano” had an original style, a smooth and versatile voice, and great skill at improvisation. It was rare to hear Cano Estremera repeating “soneos” in a song, even replacing some of the ones he used in recordings, something most Salsa singers can’t do. His erratic behavior in the later stage of his career got him banned in several places, but he always was amicable with his colleagues, which he drilled in “soneo” competitions.

12. Hector “Atabal” Rodriguez (November) – the great Puerto Rican percussionist and founder of the folk music group “Atabal” (meaning drum), left a great legacy and a vibrant group revitalized and led by his son Caymmi. His legacy will endure.

13. Julio Cesar “Tito” Rojas (December) – the Puerto Rican Salsa singer shot to stardom with the Salsa Romantica craze. But I liked Tito’s singing from when he was with Justo Betancourt’s Conjunto Borincuba. He impressed his Cuban boss so much, that he recorded a solo album with Justo’s band in the late 70’s, which for me was a gem as it fully displayed Tito’s voice and sonero instincts. He went solo briefly after Borincuba, with his Conjunto Borincano, in the same line as Justo’s. But success was elusive. After he found it again in Salsa Romantica, his voice eventually changed, and his beloved small town frases of “Peldona sa’e”, “Claro bruto”, and “coge pa’ tu casa” made his a preferred one among salseros.

14. Armando Manzanero (December) – the Mexican singer-songwriter was an icon for many decades, and unfortunately was another victim of the Covid-19 pandemic. Manzanero’s falsetto voice and beautiful love songs made him one of the most recognized singer-songwriters in Latin music history.

15. Elsa Escabí (December) – you probably don’t recognize her name, but my aunt Elsa was one of those “behind-the-scene” heroes; at least for me she was. Elsa worked as a folk researcher at the University of Puerto Rico, alongside her brother Pedro Escabí, and helped him publish the extensive study “Decima; vista parcial del folklore de Puerto Rico”, a book which was referenced by many other authors, including sociologist Angel Quintero Rivera in his book “Salsa, Sabor y Control”. After retiring from the UPR and after Pedro’s passing about a decade ago, Elsa took her last project to finish and publish the other extensive music research study, “Rosario, vista parcial del folklore de Puerto Rico”, which was just published by Casa Paoli. After seeing her last project completed at age 96, Elsa signed off, leaving her own legacy.

I recognize this is not a complete list, so pardon the omissions.

May all their souls rest in peace!

Too Early for In-person Concerts