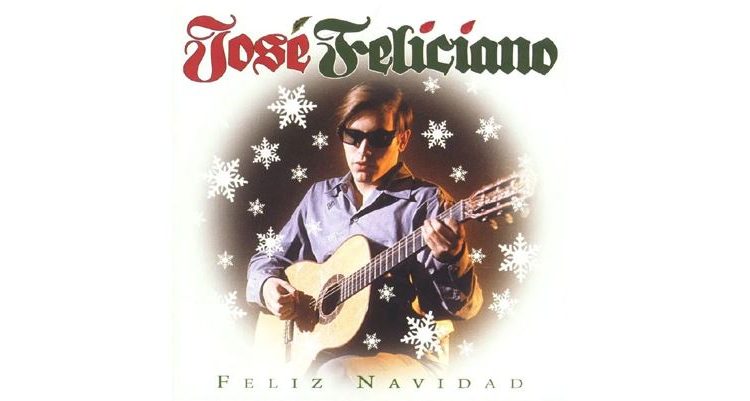 The Christmas classic “Feliz Navidad” turned 50 in 2020, and Jose Feliciano is celebrating by inviting a few guest artists to sing along in a new version of it.

I don't know how 'Feliz Navidad' became such a favorite. I think, because it has that Puerto Rican feeling.

Jose Feliciano was doing very well at the time before the song. He had already recorded a dozen albums, starting with his first one in 1965. Jose was still riding on the popularity of his 1968 mega-hit “Light My Fire“, had won two Grammy awards for that album, and then came his memorable rendition of the national anthem before the 5th game of that year’s World Series.

By 1970, Feliciano was thinking of making a Christmas album.

Along with his producer Rick Jarred, Feliciano began selecting classic Christmas songs for the album. Rick suggested that they needed to include an original song, and moments later, Jose began singing “Feliz Navidad“.

Here’s a video of Jose Feliciano explaining more about the song.

To celebrate the 50th anniversary of the song, Jose Feliciano invited a few guest artists to sing along a new version of his song. Among them are members of the group CNCO, La India, and Lin-Manuel Miranda. This version is exclusive of Amazon Music, but I did find a version on YouTube.

The Departed of Latin Music 2020