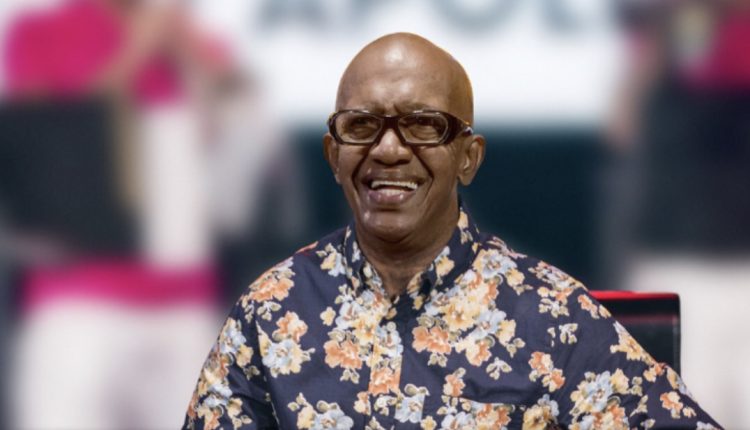 When Roberto Roena decided to leave El Gran Combo 50 years ago, he didn’t have a name for his new band, which ended up as the Apollo Sound. Here’s how that happened.

By 1969, Roena had been in two of the greatest bands in Latin music; Cortijo y Su Combo and El Gran Combo. He didn’t want to keep using the “combo” naming, that much he knew. But his group couldn’t settle on a name.

The 1st day of rehearsal was July 20 1969. Roena didn’t want to name it “The Megatones”, to distinguish it from his part/time band he had the last couple of years while still in El Gran Combo. As they sat around brainstorming a name for the band, someone went looking for a TV.

Roberto asked, “where are you going?”

“To see if they launched the Apollo that’s going to the moon” came the answer.

“That’s it! What about if we call the band the Apollo Sound”?, he asked his musicians.

And so, a glorious chapter began in Latin music.

It so happens that I have previously written about Roberto Roena and his Apollo Sound. I blogged about the band’s start and early recordings in “The Legend of Roberto Roena, Part 1”.

It includes a video clip of an interview I found of Roberto Roena talking about his beginnings in music.

Roberto Roena, along with his musical director Elias Lopes found a unique sound that distinguished the Apollo Sound.

The band kept producing hit after hit, but soon Lopes left to form his own band and Roena continued the meteoric rise in Salsa.

I captured this part of their journey in “The Legend of Roberto Roena, Part 2”.

Here is a song from this time.

Golden Years of the Apollo Sound

To me, the essence and best albums of the Apollo Sound were captured in three consecutive albums. The albums 6, 7, and 8 captured the Apollo at its highest musical level.

The blog “Roberto Roena”; 3 Albums That Immortalized Apollo Sound” captures my thoughts on the band’s best recordings which are part of Salsa history.

Perseverance Through a Bumpy Ride

The Apollo astronauts had their share of bumpy rides. Despite it all, they made it to the moon several times.

Roberto Roena and his Apollo Sound have had their share of bumpy rides through their 50-year history. Yet, despite it all, Roena continues to provide good Salsa and the page they gave written in Salsa history, will last for many more years.