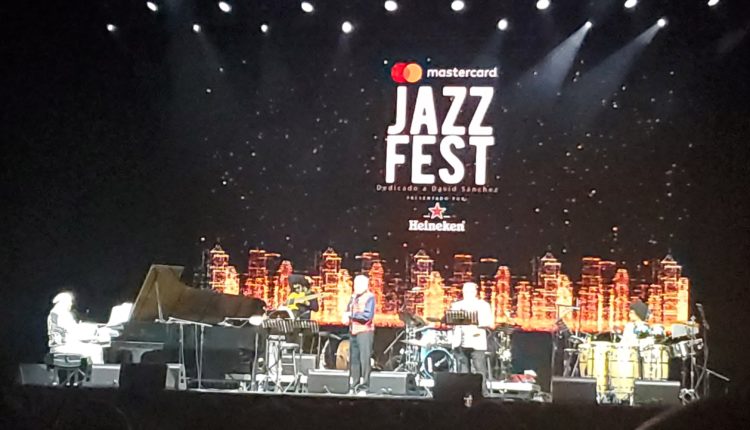 Seeing Chucho Valdés and Paquito D’Rivera perform together after more than 40 years was a memorable experience for the audience at the Puerto Rico Jazz Fest 2022 edition.

My wife and I wanted to see them because both are extraordinary musicians that developed very successful solo careers. Not to mention that they are aging musicians. There may not be many more opportunities to see them, especially performing together. In other words, this was history on the making.

The great Cuban musicians kicked off their aptly named “Reunion” tour with memories of their time together with the iconic Cuban band Irakere. But they also are promoting their recent recording collaboration with the upcoming launch of their “I Missed You Too” Latin Jazz album.

So through the approximately two hours of their time on stage, Chucho and Paquito delighted us with songs like “Claudia“, “Mozart a la Cubana“, and “Mambo Influenciado” which they performed together with Irakere, and other songs that must be included in their upcoming album.

As they walked on-stage, Chucho walked slowly and somewhat tentatively to his seat at the piano, while Paquito went straight for the microphone at the center of the stage to engage with the audience next to his sax and clarinet. Chucho was very aloof, and only addressed the audience shortly after their opening of “Mambo Influenciado“. Paquito kept a joyous and entertaining note throughout the evening, providing jokes and anecdotes about the songs or whatever came to his mind. As I’ve said several times before, I love when artists do this, as they share something with the audience that normally can’t be found in their recordings.

The performance by these aging Jazz masters was extraordinary. Even as aging musicians, each one played their respective instrument with impeccable mastery.

But the rest of the band performing with them in “Reunion” is not left far behind. It includes the talented trumpet-trombone player Diego Urcola, who was equally good at both instruments. Then there’s the young percussionist Roberto Vizcaino Jr., who mainly played the congas. However, he also played the bongo and timbales, sometimes interchangeably, reminding me of Pedrito Martinez. His conga solo was very impressive. During the solo, he added the timbales to the conga solo, playing an instrument with each hand, leaving the audience in disbelief.

Overall, Paquito led the well-rehearsed band in some very delightful performances. For instance, in “Mozart a la Cubana“, they went from classical to jazz, to Danzón, to cha-cha, in a beautifully updated arrangement of the Irakere classic. They also did this genre-mix on a Chucho Valdés tango, which evolved into a Danzón and other things.

At the same time, their “Reunion” also provided a great closing to the 2022 edition of the Puerto Rico Jazz Fest, which used to be known as the Puerto Rico Heineken Jazz Fest. It seems Master Card is now the main sponsor, with Heineken taking a secondary sponsorship.

My wife and I walked out delighted with the great historical concert we had just enjoyed.

The Latin Music Original Big 3 Before the Big 3