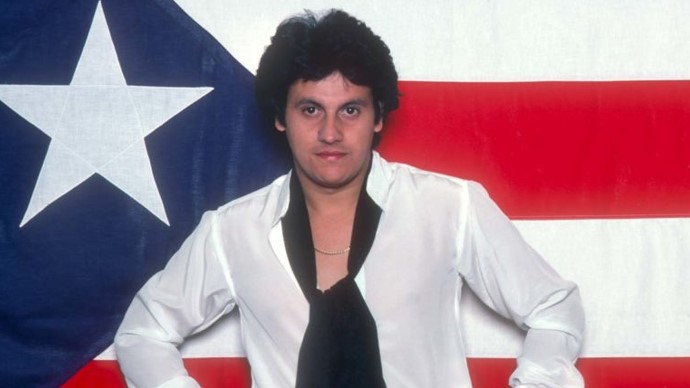 The solo career of Ismael Miranda began incredibly well. His first three solo albums were so good and became so popular that they marked the rest of his career.

The impact of these albums was such that when in 2001 Ismael Miranda recorded a “Live” album, 8 of the 13 songs were from those first three solo albums.

One interesting fact about Ismael Miranda’s solo career is the consistency of his recordings. Despite the Salsa industry’s ups and downs, Ismael was very consistent with his recordings. In the 41 years from his first solo album (1973) until his most recent (2014), he recorded about 33 albums, publishing almost the same number during the first 20 years as in the last 21 years.

When Ismael Miranda decided to go solo, he formed his band right there in New York City which he called Orquesta Revelación. He was able to attract some of the best up-and-rising young musicians of the time. These included Frankie Rodriguez (congas), Nicky Marrero (timbales), Nelson Gonzalez (tres & coro), and Oscar Hernandez (piano).

In my opinion, the first album of Ismael Miranda’s solo career with the Orquesta Revelación has been the best of his entire illustrious career. “Así Se Compone un Son” (1973) was a Salsa mega-hit right in the middle of the Golden Age of Salsa. All 10 songs in the album were good songs and all eventually became hits, including a merengue and two boleros. This speaks to the versatility of Ismael as a singer.

Oscar Hernandez, the pianist of Orquesta Revelación, tells Latino Music Café in this interview clip about this time with Ismael Miranda.

Another member of the Orquesta Revelación, tres player Nelson Gonzalez, tells Latino Music Café in this interview audio clip about this time with Ismael Miranda.

As Oscar and Nelson mentioned, Orquesta Revelación didn’t last long, and Ismael Miranda, who had already recorded his second album but had not launched it, relocated to Puerto Rico.

That 2nd album was “En Fa Menor” (1974), another great recording. This was the only Ismael Miranda album of these three that didn’t provide credits for the musicians, verifying Nelson’s comment. Just like in “Así Se Compone un Son“, all eight songs became hits, including the two boleros.

Salsa fans couldn’t wait for Ismael’s next album, which he titled “Este es Ismael Miranda” (1975). Here again, was another strong album where most (not all) of the songs were hits. But the ones that became hits were massive hits.

The first single was “La Cosa No es Como Antes” (written by Ismael), but then came “Maria Luisa” and Rubén Blades’ “Cipriano Armenteros“. His rendition of the bolero “La Copa Rota“, popularized by Felipe Rodriguez in the ’50s, was also a hit.

There are a couple of notes worth making about this trio of great Salsa albums. Ismael Miranda wrote the title songs for each of these albums, besides writing about two or three songs per album. “Así Se Compone un Son“, “Borinquen Tiene Montuno“, and “La Cosa No es Como Antes” were the first singles of their respective albums and all were written by Ismael. But let me point out that Ismael has been writing songs since his days with Orchestra Harlow. He rarely gets much credit for songwriting.

Another important note is that his boleros became hits. Again, Ismael had been singing boleros since the Harlow days, but the boleros in these three albums really solidified him as a great singer in that genre.

The Next Four Ismael Miranda Albums

The following albums continued to produce Salsa hits. And although they were good recordings, holistically they were not the great albums the first three were.

Perhaps there’s one exception that I included in this group. The album “Con Mi Viejo Amigo” (1976) was a reunion with Larry Harlow and his Orchestra Harlow.

This is an excellent album where both Ismael Miranda and the Orchestra Harlow had matured nicely to be at the top of their game. The songs were good, and again, Ismael wrote one of the album’s biggest hits, “Venceré“. The title song “Con Mi Viejo Amigo” was written by the master of customizing songs for artists, Tite Curet Alonso, and Rubén Blades contributed with two songs; “Señor Botánico“, and “No Hay Chance“.

With the string of hits from the previous four albums, Salsa fans couldn’t wait for Ismael’s next solo project. That turned out to be “No Voy al Festival” (1977). The album’s main hit was a Wilkins song converted to Salsa with Puerto Rican bomba rhythm; “Como Mi Pueblo“. Several other songs were played on the radio, but none produced a solid hit. The title song “No Voy al Festival” came and went without much notice, as did Rubén Blades’ “Vuelve Cipriano” (the sequel to “Cipriano Armenteros“).

“Sabor, Sentimiento, y Pueblo” (1978) followed the same fate as “No Voy al Festival“. This album had several solid Salsa songs, and perhaps should’ve had a stronger showing and support from Salsa fans, but for whatever reason, it didn’t. Most Ismael Miranda fans would have a hard time remembering this album ever existed. The most memorable song from the album turned out to be the bolero “Me Voy Ahora“.

After the last two lackluster albums, Ismael Miranda took a break to regroup before venturing into his next solo project. In the meantime, another collaboration opportunity emerged.

Ismael teamed with Willie Colón, who had produced a string of hits with several artists after Héctor Lavoe went solo. Willie not only recorded regularly with Rubén Blades, but also produced and recorded albums with Mon Rivera, Celia Cruz, and a solo one to debut his singing career. With the availability of Ismael Miranda and with four songs written by José Nogueras as a solid foundation, they launched “Doble Energía” (1980).

The album got Ismael Miranda back on the Salsa hit charts. Nogueras’ “No Me Digas Que es Muy Tarde” became a huge Salsa hit. “Mayoral” written by Conjunto Clásico’s Ramón Rodriguez, and “Americano Latino” (also by Nogueras) became hits as well. The rest of the album was relatively good, with Ismael writing “Cartas Marcadas“, which became quite popular. Ismael and Willie shared singing duties in an old jibaro song called “Jibaro Castao“.

For his next solo project, Ismael came back strong piggybacking on the success of “Doble Energía” and having taken three years to produce his next album. The result was the much better-produced “La Clave del Sabor” (1981).

The album was carried by two songs written by the great songwriter Tite Curet Alonso, which to no surprise, became massive Salsa hits. “Galera Tres” was perhaps the biggest hit of this recording, along with “Para Ismael Rivera“.

These songs were supported by “Aunque Me Duela” by Rubén Blades, and “Amigo Déjala” by Ramón Rodriguez. The album has two boleros, including Ismael’s own “Mi Decisión“, and two bombas, one by Chiquitín García and the other by Johnny Ortiz. If you notice, all of these are excellent songwriters.

This was a good album that along with “Doble Energía” re-established Ismael as a prime Fania artist. With it, Ismael had a solid close to his first decade as a solo artist.

The second decade of Ismael Miranda’s solo career saw him continue with solid Salsa recordings with mixed levels of success, his return to the concept of Orquesta Revelación, and his immersion into Christmas albums.

We’ll explore all of those topics in the next part of this blog series.