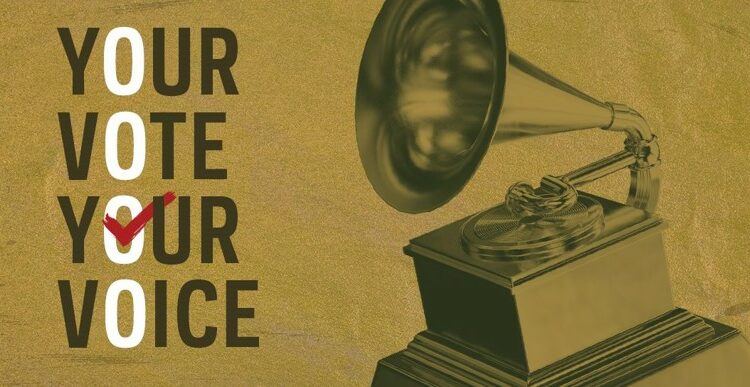 Calling all 2023 Grammy Award voters! The first round voting window closes this Sunday, Oct. 23, 2022. We want to encourage all eligible voters to cast their votes.

Here’s the communication from the Recording Academy. 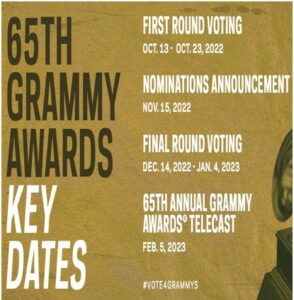 The time to recognize the year’s best in music is officially here! The first round of GRAMMY Awards voting—which determines the nominees for the 65th Annual GRAMMY Awards—begins Thurs, Oct. 13, and closes Sun, Oct. 23, 2022.

Unlike other awards that are fan-powered or driven by the charts, the GRAMMY Awards stand apart because nominees and winners are decided by the music people who create the songs we love. With the most inclusive membership body in the history of the Academy, one of our primary goals this year is to increase voter turnout among Latin voters.

RecordingAcademy.com: Everything You Need To Know About First Round GRAMMY Voting: A one-stop shop for key dates, an overview of this year’s new categories, improvements made to the voting ballot, details on voting guidelines, and more.

GRAMMY nominations will be announced on Tuesday, Nov. 15 and the 65th GRAMMY Awards will air on Sunday, Feb. 5, 2023, live on the CBS Television Network and available to stream live and on-demand on Paramount+.

Your Vote Your Voice (Video)

I’m including a video of the Recording Academy directed at Grammy voters. It’s all about your vote, your voice.