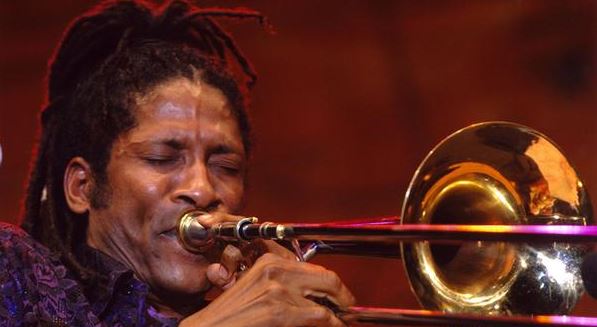 Afro-Rican rhythms are the focus of the 2013 edition of the Puerto Rico Heineken Jazz Festival. Although jazz is still the predominant music of the festival, this year brings 3 participants that blend “Afro-Rican” rhythms with jazz.

Henry Cole and the group “Viento de Agua” are artists that highlight the use of Afro-Rican elements in their music. However, the 23rd edition of the Puerto Rico Heineken Jazz Fest is dedicated to William Cepeda, a musician who has Puerto Rican folk music all over his heritage. The Heineken Jazz Fest runs this year from March 21 to March 24.

Born and raised in the folk rich coastal town of Loiza in Puerto Rico, William Cepeda has been deeply rooted in the folk music of Puerto Rico, particularly the “Bomba” since he was a kid. Because of his involvement in highlighting the “Bomba” rhythm, William is often mistakenly linked to the Cepeda family of Santurce, which was led by Rafael Cepeda, nicknamed the patriarch of “Bomba” music in Puerto Rico. Rafael Cepeda directed a popular “Bomba” folk music and dance ensemble for many decades, and his sons still carry on with this traditional ensemble.

William Cepeda is a Grammy-nominated artist and graduate from Berklee College of Music in Boston, the Conservatory of Music in Puerto Rico, and the Aaron Copland School of Music at Queens College, he has two bachelor of arts degrees (one in jazz composition and arranging and one in music education) and a masters degree in jazz performance.

Cepeda revolutionized Latin music in 1992 with his introduction of Afro-Rican Jazz, an innovative blend of world music, progressive jazz and traditional Afro-Puerto Rican roots and folk music and dance. His ensemble has toured internationally performing in jazz festivals such as the Montreux, NorthSea and Tabarka, as well as in performing arts venues and clubs all over the world.

One less known aspect of William Cepeda is his role as Puerto Rican music researcher, author, and educator. For all his combined contributions to Latin music in general, and Puerto Rican and Jazz music in particular, are the reasons why the Puerto Rico Heineken Jazz Fest honors him this year.

Here (below) is a short but interesting video of how William uses shells to blend their sound with jazz elements.

The 23rd edition of the Puerto Rico Heineken Jazz Fest also features Henry Cole and “Viento De Agua”. As I stated above, both of these artists have blended Afro-Rican elements in their music.

The work of the band “Viento de Agua” blends traditional Afro-Puerto Rican rhythms, Bomba & Plena, other Afro-Caribbean rhythms and jazz to create a fresh and unique musical style. The result of this fusion is an explosive sound that seduces the audience. This ensemble was created in New York in 1997 by Hector “Tito” Matos, who is a native from Santurce, Puerto Rico.

Henry Cole is a talented Puerto Rican percussionist who has collaborated with jazz and Latin Jazz artists such as Branford Marsalis, Giovanni Hidalgo, Dave Valentin, and William Cepeda. He is probably best known by his collaborations with follow Puerto Rican and Grammy nominated sax player Miguel Zenón. With his “Afrobeat Collective”, Henry has toured the U.S., Europe, Mexico, Central America, Korea, and Japan. You can read my review of his debut CD HERE.

Besides the Afro-Rican theme highlighted by the 3 artists I mentioned above, the Heineken Jazz Fest 2013 has plenty of more jazz. It includes performances by Nicholas Payton, Stunz & Farah, McCoy Tyner, Joshua Redman, and Mexican singer Magos Herrera and her Quintet. Herrera is considered one of the most beautiful voices in the world of contemporary Latin American jazz. Magos combines the sophistication and refinement of jazz with various Latin American traditions to convey her artistic vision through interpretation.

You can find the full schedule of the Puerto Rico Heineken Jazz Fest at the link HERE.