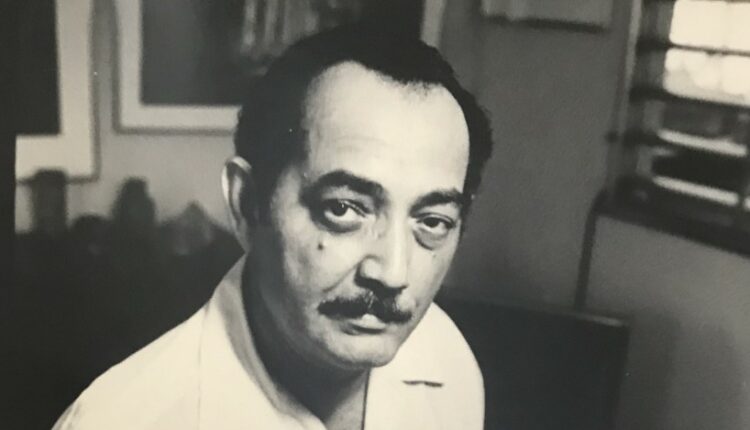 During the Christmas season, many Puerto Rican churches transform their hymns into jíbaro rhythms. We owe this modality of the Misa Jíbara to the late professor and folklorist Pedro Escabí.

When in the early 1960s the Vatican Council II ratified Pope John XXIII’s order to change the liturgy from Latin to the local language and music of each country, Pedro Escabí was chosen to create the Misa Jíbara in Puerto Rico.

History of the Misa Criolla

The first to realize the need to make this change in the Liturgy and its chants was Pope Pius XII, back in 1953. He highlighted the close link between culture and faith. However, it was his predecessor, Pope John XXIII, who succeeded in implementing that vision.

“I want to open the windows of the church so that we can see out and the faithful can see in,” John XXIII pronounced in 1958. The process of defining and obtaining the approval of the Council in Rome to “open the windows” would take a few years. But already in ’58 a Creole Mass had been implemented in the Belgian colony of Congo.

This first appearance of a Misa Criollain the Congo was called the “Luba Mass, which was given in the native language and choral adaptation based on traditional African melodies compiled by a Franciscan missionary, [e interpretada] with strange tribal instruments”².

It was not until 1962 when finally “the Vatican Council II ordered that each region or country celebrate the ritual in their vernacular language, and likewise, the chants that accompany it. The radical change from a Mass in Latin, with the priest’s back to the parishioners, to a Mass closer to the people themselves, with chants in popular rhythms, scandalized more than one.”³

The ink had not yet dried on the proclamation of the Vatican Council II when a priest in Puerto Rico decided to implement it.

Father Alvaro de Boer, a Dutchman living in Puerto Rico since 1946, had founded the Jesus Mediador Community in the Hato Tejas neighborhood of Bayamón. The Father was known to be of deep convictions and determined to take risks by taking initiatives that could result in the growth of Puerto Rican religious life.¹ Thus, he decided to create the Religious Institute of the Sisters of Jesus Mediator, of which Elsa Escabí, Pedro’s sister, was an integral part.

Father de Boer recruited Elsa for this project as Elsa was a musician and backing vocalist. The Institute had two departments: one for the Liturgy of the Word and the other for Folk Music. When Father asked Elsa to recommend a person to lead the folk music section, Elsa did not hesitate to recommend her brother Pedro.

Pedro Escabí had a bachelor’s degree in mathematics from the College of Agriculture and Mechanical Arts (CAAM), currently the University of Mayagüez Campus, and a bachelor’s degree in music from Dakota Wesleyan University. In addition to founding and directing the CAAM Choir, Pedro was a scholar of Puerto Rican folklore. Towards the end of the 1960s, Pedro Escabí would be chosen to direct the Tuna of the University of Puerto Rico and conduct folklore studies which would lead to the publication of four books on folklore in Puerto Rico. But back to the Misa Jíbara project.

Since 1963 Pedro and Elsa collaborated in the adaptation of the folkloric roots of Puerto Rican music, as part of Father Alvaro de Boer’s project to incorporate them into the liturgical singing of the Mass, through the Institute.

The mass was recorded in the summer of 1964, presented, applauded, and recommended as a model in the 35 countries represented at the International Symposium of Liturgists and Composers of Sacred Music, held in Fribourg, Switzerland. Meanwhile, at the Musicology Colloquium at the University of Salamanca in 1965, in Pamplona, the two musical numbers chosen to be performed there were one from Spain and the “Gloria” from the Escabí Mass.4

Sample of Misa Jibara at Christmas

In this sample, you will be able to listen to two familiar hymns of the Catholic mass. Señor ten piedad” is the first one on the recording: it is the shortest and softest in tempo. The “Gloria” is the second, longer and livelier.” These recordings were made with a cell phone during a mass at St. Vincent de Paul Church in Mayagüez, Puerto Rico.5

Today it is common to hear a Misa Jíbara in the churches of Puerto Rico. But let’s remember that the mandate of the Vatican Council II of 1962 was addressed to all the Catholic Churches of the world.

In Latin America, “misas criollas” quickly began to be composed. For example, in Argentina, Ariel Ramirez composed and recorded a Misa Criolla in 1964, the same year that Escabí had presented his mass at the International Symposium in Switzerland mentioned above. Also in Chile they composed a Mis a la Chilena and another Misa Chilena, while in Colombia he composed a Misa Folclórica Colombiana.

Pedro Escabí’s Misa Jibara not only stands out for being the first in Puerto Rico but also for being internationally awarded and used as a model for other countries.

I am proud to tell you that Pedro Escabí, also my mother Josefina Escabí’s brother, was my uncle.