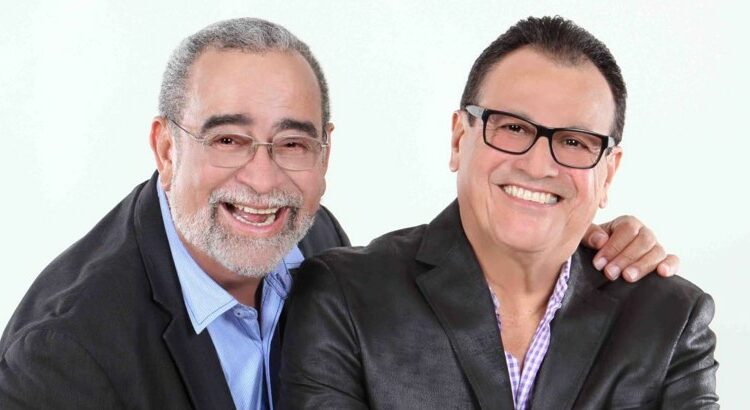 Ismael Miranda finished the ’80s with four Christmas albums (Part 3) and starts the ’90s by jumping into the Salsa Romántica craze. He extends that romanticism into a series of Bolero albums with Andy Montañez and finishes the decade with other collaborations.

The new decade brings a new focus for Ismael Miranda. He decides to go back to recording Salsa and finds that Salsa Romántica is dominating the fans’ preference. Therefore, Ismael focuses the first half of the 90s on launching four albums of Salsa Romántica.

This cold reception to his Salsa Romántica was a malady that affected the Salseros of Ismael’s old-school generation. El Gran Combo released several albums on this style of salsa, with only a handful of memorable songs. Andy Montañez, like Ismael an old-school salsa and bolero singer, seemed to have found some success in Salsa Romántica.

From Salsa Romántica to Boleros

With the relatively cold reception to his Salsa Romántica, Ismael decided to go entirely romantic by recording an album of Boleros, a genre he has successfully cultivated since his years with Harlow. A collaboration with someone with a low-pitch voice to contrast his high-pitch one, that is a proven bolero singer, that comes from the old-school salsa generation like him, and that has some success in Salsa Romántica would be an ideal combination.

Love is not a passing vogue. And therefore the bolero is part of the romance between people.

That’s how in 1996 El Niño Bonito and El Niño de Tras Talleres joined forces in “Al Son del Bolero“. With Andy Montañez, and using a guitar trio (Alpha Cuatro) rather than a band for the music, Ismael found overwhelming success.

Requests for Ismael and Andy’s live presentations rained like a stationary tropical depression. And with that amount of success, a sequel album was a must.

If the first bolero collaboration album was good, the second was even better, like the Godfather movies. “Románticos de Nuevo” was released the following year to another great reception by the fans of these two great Puerto Rican singers.

The success of the album and the requests for live presentations continued to pour in. And so, a third album, “Con Alma de Niño” was released in 1998. This one also enjoyed good acceptance by music fans, but perhaps not as much as the two previous recordings. After a 3 to 4-year run with boleros, Ismael was ready to offer fans something new.

In 1999 the focus in Puerto Rico was around the protests in Vieques so the US Navy would stop using the island-municipality as a target practice. In April of that year, a Puerto Rican security guard in his post was killed during one of these practices. Puerto Rican joined in mass to say, enough!

With that in the air, Ismael joined folk music singer Andrés Jiménez “El Jíbaro” in the album “Son de Vieques” released later in 1999. The music was a combination of Puerto Rican folk music (mostly “seis chorreao“) with some Salsa to emphasize our nationalism and support for Vieques.

The collaboration with Andrés Jiménez was not the first with a Puerto Rican folk singer. A couple of years earlier Ismael joined forces with Nano Cabrera in “Con Buena Nota” (1997).

And a couple of years before that Ismael recorded “Cantar o No Cantar” (1995) with Junior González. This made it the reunion of two ex-Orchestra Harlow singers.

The approaching new millennium gave Ismael an opportunity to rethink his career strategy. We’ll discuss his new approach for his next recordings in the final chapter of this series on Ismael Miranda.