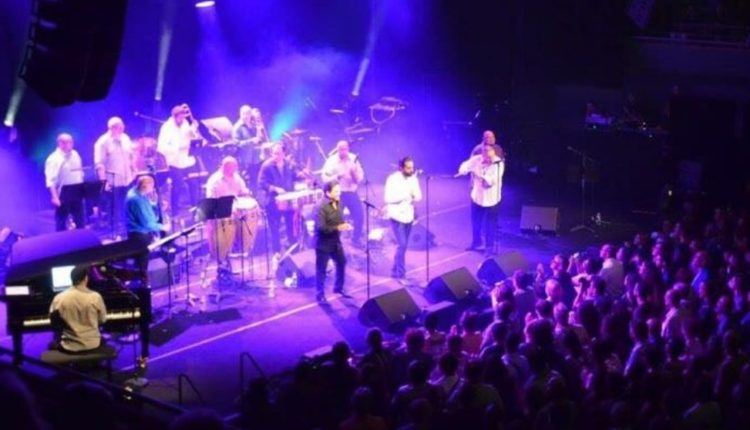 Oscar Hernández and his Spanish Harlem Orchestra (SHO) have been successfully delivering the art of Salsa for 20 years. And although it’s dance music, for Oscar it’s all about making Salsa the way it was originally meant to be played.

The Art of Salsa: Tradition vs. Innovation

In my conversation with Oscar Hernández, he was very clear on his mission. SHO is about keeping the tradition.

For the affable 68-year-old pianist and bandleader, this means keeping the traditional concept on which Salsa was created. Oscar was right in the middle of it when the concept of Salsa was developed in New York City. He played with many of the legends of the genre in the thick of the 70s and 80s when Salsa was in its golden years.

In his latest recording, “Imágenes Latinas” (Latin Images), Oscar pays homage to one of those Salsa legends he had the privilege to play with. Manny Oquendo, who played with Tito Puente, Eddie Palmieri, and Larry Harlow, created the Conjunto Libre with the idea of taking the Salsa concept to the next level of musicianship. As Libre co-founder Andy González was quoted, “we have the same idea of the quality of the music, the importance of the rhythm, and on how the rhythm works.”

Sometimes the dance aspect of our music trivializes the art form.

So the concept of the importance of rhythm and quality of music is not new to Oscar Hernández. Along with Oquendo and brothers Andy and Jerry González, he was also a co-founder and original pianist of Conjunto Libre. Although the SHO concept is not innovative, it’s a tradition he’s keeping alive. A tradition on how Salsa should be played, which has earned him three Grammy awards with the SHO.

Oscar is the first to say, “I’m not reinventing the wheel. It came from the music back in the ’70s. But we are coming out with new material and we are interpreting the songs our way. Spanish Harlem Orchestra is deep in that tradition and we are the best at what we do.”

On live performances, the SHO showcases their concept of the art of Salsa and how it should be played. As Oscar told me, “…the music that I learned featured all the musicians and gave the musicians an opportunity to express themselves from an individual perspective and from a group perspective. It’s nothing new; it was done that way.”

“Just as an example…“, Oscar continues, “…we used to buy Sonora Ponceña records to look for a Papo Lucca solo because we knew there would be solos. On a Ray Barretto album, [we looked for] who took a percussion solo, who took a piano solo, who took a trumpet solo? And the audience, the fans that followed us and went to see us [perform] live, that’s what they would go to see. They would stand in front of the band and grow on the band as a band, but also on the musicians as individuals. That’s always been part of the music.”

Showcasing the band as well as the individuals is an aspect that Salsa music borrowed from Jazz. This aspect of the art of Salsa music has been lost with “pop-Salsa” which focuses solely on the singer. But SHO is deep in the tradition, and that’s likely the reason why they are invited to play in Jazz venues and concert halls. Oscar relishes the opportunity to play at these venues.

“I want people, sitting down from their chair, to understand the artistic integrity of what they are listening to“, shares Oscar, who recently returned from an SHO trip to France and Vienna. And admits that this very aspect which so many of his fans love has also brought him critics. “Spanish Harlem Orchestra plays a lot of concert halls and performing arts centers, and one of the complaints I get is… ‘but we can’t dance, I don’t want to go if we can’t dance’…, and I can relate, because it’s dance music.”

Oscar summarized this dilemma beautifully… “sometimes the dance aspect of our music trivializes the art form.”

The recently launched album “Imágenes Latinas” was a product of the Covid pandemic. During the 2-year of inactivity, Oscar prepared several albums, including “Imágenes Latinas“. Oscar wrote five and arranged eight of the 11 songs in the record, which celebrates SHO’s 20th anniversary.

The Spanish Harlem Orchestra has an album release celebration scheduled at Seattle’s Jazz Alley from July 14-17.

“The Jazz Alley is a beautiful club and it’s an opportunity for the public to see the band up-close“, Oscar told Latino Music Café. “We relish every single minute we perform at the Jazz Alley. The audience can feel the music; we’re right at their face.”

If you’re in the Seattle area, you have a great opportunity to see one of the best bands of any genre, showcasing the art of Salsa music.