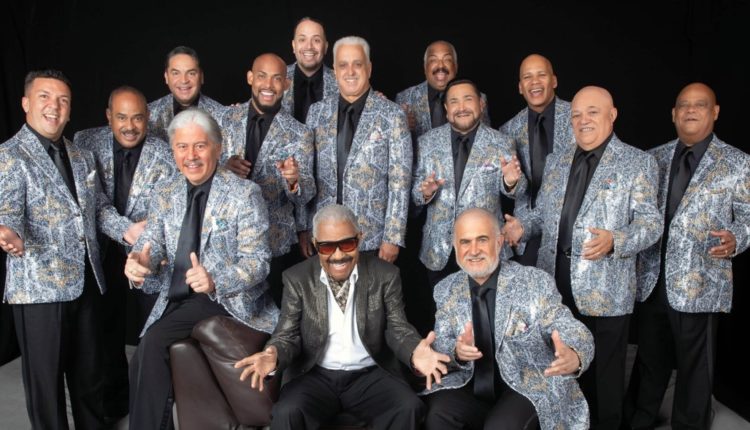 Like everyone else in the music business, El Gran Combo was impacted at the start of the 2020 decade by the Covid-19 pandemic.

And like several other artists, the band tried to make good use of the performing downtime.

After most of the year without working, El Gran Combo followed the imperative virtual concerts several artists were doing. They first launched a virtual concert in November 2020. They dressed up in their best and most shiny suits, put together great music, and the singers performed some well-rehearsed choreographies.

All-in-all, it turned out to be a well-received show. I saw it as a well-organized show, with el Combo clearly well-rehearsed and putting forward their best foot. But it isn’t the same Gran Combo of yesteryears. Of course not; it can’t be. Some fans continued on El Gran Combo bandwagon, while others jumped off after a long ride of many years following them.

About a month later, El Gran Combo reappeared with a Christmas concert performed on December 20, 2020. Again, it was another well-organized virtual concert, with a similarly well-rehearsed performance by the legendary Salsa band.

The pandemic grounded the normally nomadic El Gran Combo, so they had time to put together a couple of albums.

The first one, launched in April 2021, was aptly called “En Cuarentena” (In Quarantine). It contained 9 songs and received good airplay on the radio. The album received nominations for the Latin Grammy and Grammy awards.

It was also the first time that the new version of El Gran Combo, with all its new members, participated in a recording.

The second album El Gran Combo launched in 2021 was the Christmas album “De Trulla con El Gran Combo“. This album came out in November of that same year. Again it was well-received. My favorite song from the album is “Coro Coro Coro“, sung by newcomer Joselito Hernandez with great energy and flavor.

It’s evident in these recordings as well as in their live performances that Jerry Rivas is the anchor tying together the old and the new versions of the band. But if you look behind him, there are a lot of musicians that have been there for many, many years. So currently, Jerry’s presence is key for El Gran Combo to keep their fan base while buying time for Anthony and Joselito to build their popularity.

These two recordings gave El Gran Combo much-needed new material for their new singers. It’s given them the opportunity to demonstrate what they can do with their own songs. It also allows the public to get more familiar with them. This was an opportunity Anthony didn’t get in his first few years with the band due to the few recordings.

So despite the pandemic, El Gran Combo 2020 decade is up to a good start. Where is El Gran Combo going from here? Well, they still have a steady following around the world. They also have a huge catalog of songs, and so many hits, that they can go without recording another album for decades and still be solicited.

We all have ups and downs, and artists and bands are not excluded from this reality. Despite the good showing of their most recent albums, El Gran Combo is in decline. Suffice to say that their 60th Anniversary concert scheduled for May 2022 in their home country of Puerto Rico had to be canceled due to weak ticket sales. In Puerto Rico fans will fill up the Choliseo to see Ruben Blades, but are not willing to pay just to see El Gran Combo. That never happened before!

Their live performances are not as energetic as they used to be. How can they? The band is aging! Since the departure of Charlie Aponte, they lack energy upfront. Jerry Rivas voice is showing signs of fatigue; Anthony and Joselito are just getting to be known by Salsa fans, even when Anthony has been in the band for 7 years. Both Charlie and Jerry had a bunch of known hits within their first 7 years with el Combo. But as I said before, Anthony hasn’t enjoyed the same number of recordings as Charlie and Jerry had.

And then, there’s the new management under Willie Sotelo. It’s been said he’s the cause behind the issues causing the departures of Eddie Perez and Charlie Aponte. So there has been some controversy surrounding Sotelo’s management style, but I’ll leave it at that.

Let’s stay with the facts. Anyone that has seen La Universidad de la Salsa live can notice that the chemistry in the front line is amicable, but not what it used to be. Anthony’s voice, which some consider good, others too soft for this band, is certainly not the best to complement Jerry’s. The addition of Joselito brings some relief in that regard.

Finally, the dancing routines of the frontline singers, which was a trademark of the group, are still there, although lacking energy and grace. At times they seem robotic. But since the pandemic, they have been more emphatic on executing more choreographies, so I have to give them credit for trying harder. Perhaps hiring a choreographer to design the dancing routines for them (not to perform with them) might be an option to consider.

Hard-core Gran Combo fans, of which there are thousands if not millions around the world, will still support and go see the band. But they have certainly lost a few fans from their base, and the trend will probably continue unless they find more ways to reinvent themselves.

As I conclude this blog series, I’ve come to believe that El Gran Combo needs to slow down.

They need to accept the fact that they are an aging band. In their quest to maximize financial gain, they are burning themselves. They’ve been working and traveling with their pedal to the metal for a very long time, and it has taken a toll on the band members and their performance.

If they want to maintain a high income, perhaps they should charge more per event, and accept fewer gigs. This will give them more rest time, which could bring with it a lot of non-economic benefits. That includes spending more time with their families.

Additionally, by reducing their schedule, they’ll have time to record more frequently, as travel won’t interfere as much with album planning and preparation time. This will keep them relevant and will get Anthony and Joselito more of their own songs. Or they may choose to participate in other activities, like community events or music clinics for our young aspiring musicians.

El Gran Combo may find that slowing down will keep the group together longer and healthier, and ultimately happier! And that happiness will show up on stage for all of us to enjoy for many years to come!

Note: if you haven’t read it, you can find the 1st part of this blog series HERE.