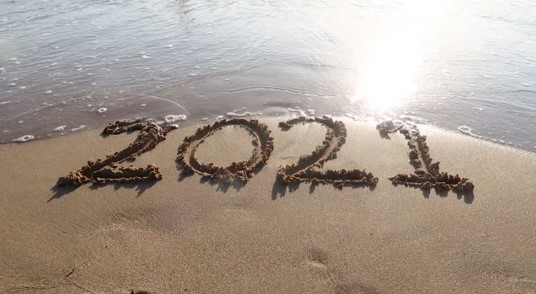 This year 2021 has taken away several Latin Music artists. Especially several of the elite Salsa group, the Fania All-Stars of the ’70s.

1. Hector “Bomberito” Zarzuela – the great Dominican trumpeter passed at the age of 84. Bomberito was part of that Fania All-Stars of the ’70s, and was a main presence in the Salsa scene of New York City for decades.

2. Carlos Perez-Bidó – the Puerto Rican timbalero passed in Panama at the young age of 61. I remember Carlos from his work with Roberto Delgado’s orchestra backing Ruben Blades. I saw him play at Ruben’s 50th Anniversary concert in Puerto Rico in 2019, where he performed superbly.

3. Armando “Chick” Corea – the legendary multi-Grammy winner jazz pianist began his career with Mongo Santamaria and Willie Bobo among many other greats. This cemented his love for Latin Jazz, which spilled into some of his recordings.

4. Johnny Pacheco – the co-founder of Fania Records in the early ’60s, perhaps the most influential record label in Salsa music, had a deep mark in Latin music during his lengthy career. His conjunto always maintained the Cuban “son” sound of sonoras like the “Matancera”. Maker of many artists and careers, Pacheco’s legacy is cemented as one of the greats in Salsa and Latin music.

6. Jimmy Morales – the great Puerto Rican conga player made his mark with the Salsa orchestras of Willie Rosario and Gilberto Santa Rosa. However, Jimmy was a very sought-after studio musician, participating in multiple Salsa Romantica recordings, including several with Frankie Ruiz.

7. Victor “Vitin” Paz – the legendary Panamanian trumpeter was part of the orchestra of the great Tito Rodriguez and many others within and outside of Latin music. At one point a member of the Fania All-Stars, Vitin participated in many recordings. One of the most memorable for me was his trumpet solo in Eddie Palmieri’s “Nada de Ti” included in Grammy-winner “The Sun of Latin Music”.

8. Ray Reyes – the Puerto Rican ex-Menudo died at the early age of 51 due to a health condition. Due to his good looks, he was one of the most popular members of Menudo.

10. Johnny Ventura – I would need not only one full blog, but rather a multi-blog series to cover the legendary Domincan’s music career. Johnny overcame early poverty to become a merengue icon since the ’70s and maintained an illustrious career, even becoming mayor of Santo Domingo at one point. A big loss for merengue and Latin music.

11. Larry Harlow – born and raised in New Jersey, “El Judio Maravilloso” was one of the first artists hired by the newly formed Fania Record label back in the early ’60s. After his first record with Fania, he found teenage singer Ismael Miranda and the two formed one of the best combinations in Salsa music. Harlow loved the traditional Son music from Cuba, and at the same time was a prolific innovator.

12. Adalberto Alvarez – the great Cuban singer, composer, and bandleader, Adalberto was part of the famous Cuban group Son 14 where he reached great fame. He then formed his own group, Adalberto Alvarez y su Son, always keeping his version of the Cuban genre, which he based on the traditional rhythm, but with a contemporary sound.

13. Ralph Irizarry – the Newyorican timbalero, performed with Ray Barretto and later became a founding member of Ruben Blades y Seis del Solar. Owner of great hands and a knack for timely speed or soft touches, Ralph preferred a percussion “conversation” rather than simply filling space with the timbal. After Seis del Solar, he formed his own groups Timbalaye (Latin Jazz) and Son Café (Salsa).

14. Roberto Roena – the legendary Puerto Rican bongo player and bandleader was one of the few remaining musical legends of the glory days of Salsa…and even before then. Along with Rafael Ithier, Roena remained the only living members of Cortijo y su Combo of the ’50s and ’60s. After Cortijo he joined El Gran Combo and later formed his famous Apollo Sound. And yes, I would need several blogs to cover this Salsa music legend, but actually, I already wrote them!

16. Meñique – the Panamanian Miguel Angel Barcasnegras was a great Salsa and Bolero singer. Owner of a great alto voice, the diminutive sonero could easily fill a room with his voice and charisma. His recording with Charlie Palmieri “Con Salsa y Sabor” (1977) remains one of my favorite albums of this great singer.

17. Paquito Guzman – Frank Guzmán Géigel was a great Puerto Rican singer, mostly known for his many years as part of Tommy Olivencia’s orchestra “La Primerisima“. Along with Chamaco Ramirez, and later with other singers, Paquito sang many genres but specialized in boleros. He later formed his own orchestra in the middle of the Salsa Romantica craze and cultivated many hits. Besides his singing career, Paquito participated in an infinite number of recordings as a chorist. I especially remember his voice in the chorus of recordings with El Gran Combo, Bobby Valentin, Roberto Roena, and the Zodiac (Panteon de Amor).