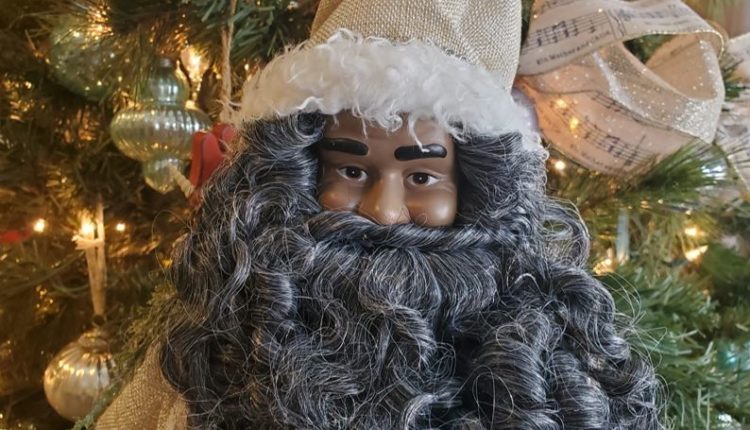 My wife Ivonne found by serendipity a decorative figure of a black Santa Claus at a local Marshall’s store. There was something beautiful and special about this Black Santa that attracted her to it.

Why Black Santa is Special

We all know Santa Claus is white. That knowledge comes from Santa’s origins as St. Nicholas, which legend has it, was a real person somewhere in Germany. There’s a whole story behind that, but that’s not where I’m going with this.

The audacity of hope! In the end that is God's greatest gift to us…A belief in things not seen. A belief that there are better days ahead.

Barak Obama 44th President of the United States of America

So when my wife told me she found a Black Santa, I asked myself; why would someone make a Black Santa? And my next thought was…why not?

Then I thought about the other black figure that is also a stereotype-breaker. You can probably guess that I’m referring to the Black Christ (Cristo Negro) of Portobelo, Panama.

Of course, the Cristo Negro is more than just a stereotype-breaker. There are many miracles attributed to it, including the one of Salsa legend Ismael Rivera. You can read more about that in the blogs that start HERE.

This Black Santa hasn’t done any miracles, and I’m not expecting him to do any. Well…sort of.

The reason my wife found this Black Santa special goes beyond it being pretty. The reason I found it special was hard to put into words. But as I thought more about it, I understood why.

When women got the right to vote, they saw new possibilities. When they became lawyers, engineers, doctors, CEOs, Supreme Court justices, astronauts, members of the military, etc., they opened new possibilities not only for other women but for everyone.

We have other Santa Claus decorations at our home. And we’re not about to put them away because we now have a Black Santa. The Black Santa represents inclusion, not exclusion. It represents the possibility that Christmas, that this Holiday season, that sharing with others, is for everyone.

This is not about race, but about mindsets. People will identify more if these representative figures look more like them.

Most people agree that Jesus was white, and it’s known that most Jews are white. And yet, thousands of people go to Portobelo, Panama every year to see the Cristo Negro.

The Black Santa Claus, in breaking stereotypes, opens our minds to new possibilities. It frees our minds.

We can see barriers falling; we can see glass ceilings being broken. We can see, as someone once said, the audacity of hope.

And if he can do that, perhaps Black Santa may have performed his first small miracle.
Happy Holidays!