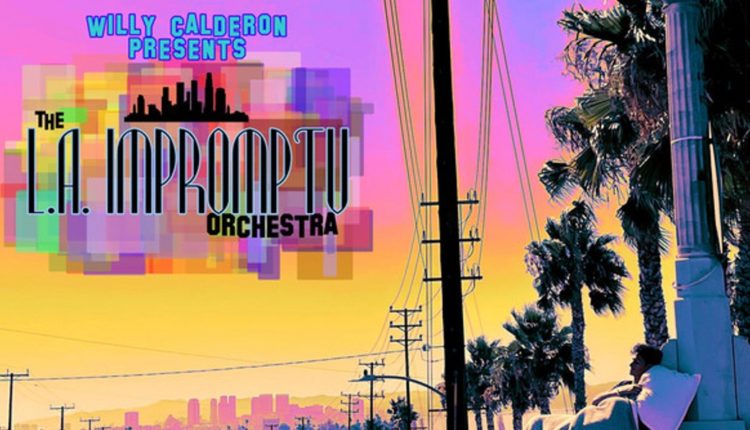 If you want to experience new Salsa that sounds like Classic Salsa, then check out Willy Calderon’s “LA Impromtu“.

The young Colombian musician, producer, pianist, and percussionist, who grew up in Los Angeles, produced an impressive album with several talented musicians of the west coast. The “LA Impromptu” as the project is called, came up with a new sound to the classic Salsa beat. I would say it’s some sort of “novou” Salsa or “Alt Salsa”.

I was inspired to create a band that would showcase all the talented artists on the west coast. I wanted this album to represent the best of Los Angeles and to remain a legacy of this period of time in music, of L.A, and of quality production and passion.

The concept of this project is based on the classic Salsa “montuno” and adding a whole new concept to it. It starts with the first “song”, where actor Bill Pullman (the “President” in the “Independence Day” movie) recites poetry describing the concept of “LA Impromptu”.

From there, Willy Calderon takes us in a musical trip that makes us believe were about to go back to the Salsa of the 70’s and 80’s. But, we don’t go there. The aggressive montuno and instrumental solos takes us back to those glory days of Salsa. But the trip takes detours as the music borrows from hip-hop and jazz modals to keep it fresh and modern.

Sometimes it’s the urban narrations in English in top of the montuno. Other times it’s the great soneos in Spanish followed by jazzy instrumental solos. The arrangements keep you in the edge, guessing what’s coming next.

Willy Calderon recruited many salseros from L.A., the U.S. and around the world, such as the also-Grammy Award winners Alex Acuña, Tony Succar and Luisito Quintero, as well as Grammy Award-nominated artist Alberto Salas.

All-in-all, the album features more than 30 talented musicians, which you’ll get to enjoy throughout the album. It’s funny that as one of these musicians is taking a solo, the singers exclaims…”what a payroll”. Indeed.

Once you understand a bit about Willy Calderon’s background, you start to get an idea where this Alt. Salsa concept comes from. Calderon has collaborated with, produced for or toured the world with world-class pop, hip-hop and Latin artists such as Sublime (w/Rome), Guayacán Orquesta, Sheila E., Spanish Harlem Orchestra, Fruko y Sus Tesos, Tony Succar and Bruno Mars. He also frequents as musical talent on television shows like Bones, Jane the Virgin and America’s Got Talent.

“LA Impromtu” Brings Something New to the Old Salsa

The innovative Salsa concept in “LA Impromptu” may take you by surprise. But it does deserve a good listen to appreciate the new approach to the old Salsa music. At 31, Willy Calderon has produced and arranged an album worthy of a Grammy nomination. Even the album cover art is impressively beautiful.

Café with Poncho Sanchez; on Coltrane album, state of Latin…