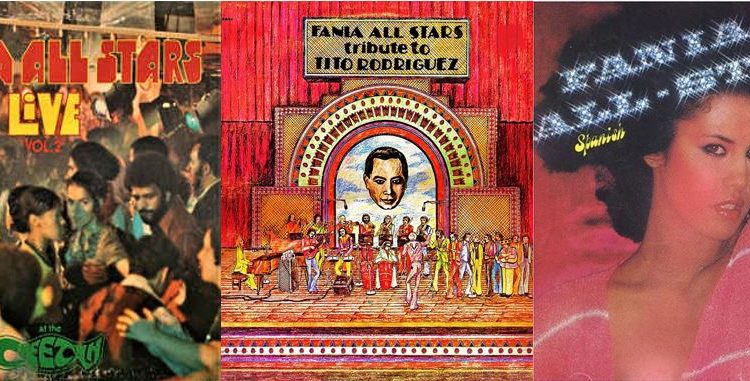 The evolution of Salsa orchestrations during the ’70s dramatically increased its popularity and established it as a solid genre of popular music, not a passing craze.

It started in the ’60s when bands began to mix the traditional Caribbean rhythms of Son, Guajira, Rumba, Guaguanco, Bomba, Bosa Nova, and others within one song. They would pick two or more of these rhythms and mostly use the son montuno as its frame.

The epicenter of this Latin music experiment was New York, where other social movements and musical trends were also occurring. So when the ’60s came, bands began dropping the Guarachas, Pachangas, and Charangas of the ’50s, and started playing Salsa songs. They intertwined Salsa with songs of other popular rhythms of the time like Boogaloo, Mozambique, Shing-a-Ling, and Jala-Jala.

When the dust settled at the start of the ’70s, Salsa was still standing strong. Those other rhythms came and went with the ’60s. So Salsa bands began to beef up their sound and increase the complexity of their orchestrations.

For example, Eddie Palmieri jumped the gun when he disbanded La Perfecta in 1968 and began a series of 4 albums that incorporated elements of funk and soul. By 1974 he added a baritone sax and a violin for the first Salsa Grammy-winning album “The Sun of Latin Music”.

Salsa music was a different thing by then. The orchestrations took the music to another level. More instrumentation and more elaborate arrangements meant better music.

By the end of the ’70s, Salsa music had evolved even further.

Let’s use the Fania All-Stars to illustrate the evolution of Salsa orchestrations during the decade.

Their first album, “Live at the Red Garter” (1968) had acceptable sound and arrangements. However, “Live at the Cheetah” (1972) took the music to another level. By mid-decade, they went to the studio to record “Tributo a Tito Rodriguez” (1977), which took their sound to another level. Towards the end of the decade, songs like “Juan Pachanga“, “Coro Miyare“, and “En Orbita“, took them precisely to another orbit.

The 1970s marked the inflection point when Salsa music matured into its full form. I believe the changes in orchestrations during this decade were bigger in magnitude than in any other decade before or after. Its impact enabled Salsa music to be enjoyed globally for decades to come.