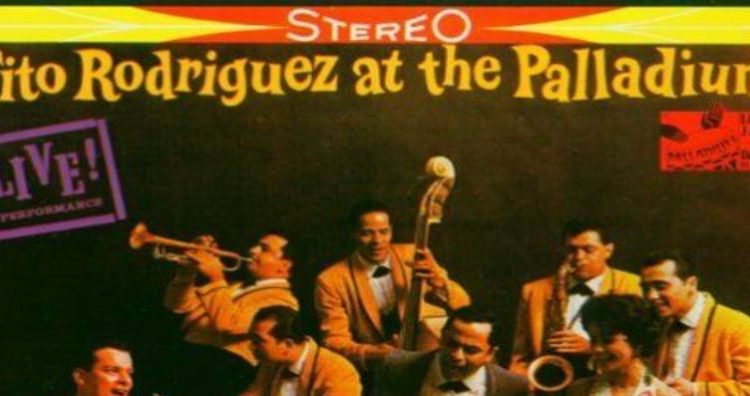 Tito Rodriguez’s “Live at the Palladium” gives you a front seat of a great performance recorded 60 years ago at this palace of Latin music.

In 1960 Tito Rodriguez and his orchestra were still at the top of their game. They decided to record this album in October of that year. This occurred around the time when then-Senator John F. Kennedy was in a tough race for the presidency against incumbent Vice President Richard Nixon. Tito’s career exploded in the ’50s and he wanted to start the ’60s with a bang!

About “Live at the Palladium“

“Live at the Palladium” features 10 songs; five of what we would call today Salsa (but the term hadn’t been coined back then) and five Latin Jazz. The latter featured Tito’s great orchestra, which included a young Eddie Palmieri on the piano.

Proof of the album’s popularity was that Tito recorded a similar one, “Tito Rodriguez Returns to the Palladium Live” the following year (1961).

Humberto Ramirez dedicated one of his weekly Facebook Live music programs to this album. He did a fantastic job, as he normally does. But this program in particular got my attention to the significance of this recording.

I’m sharing the link to the recording of the Humberto Ramirez Facebook Live program below. Hopefully, you’ll have better luck than I did was I was only able to listen to Humberto when he talked, but not when he played the music. Thankfully I was able to pick up some great information about this recording on the comments I could listen to.