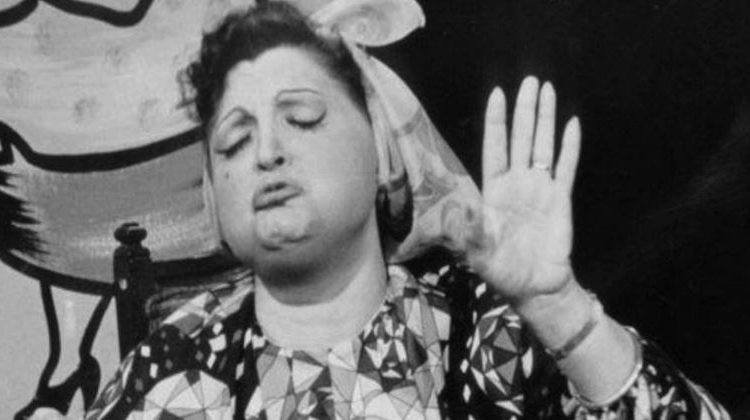 Myrta Silva had what Luis “Perico” Ortiz would describe as “el alma de un cantante errante” (the soul of an errant singer).

Unlike many of us, Myrta knew from a very early age what she wanted to be…an artist!

After the early teen Arecibo, Puerto Rico native arrived in NYC with her family, she wasted no time finding opportunities to sing. In the process she learned to play the maracas, clave, and mayor percussion of conga, bongo, and timbales. These instruments would amplify her entertainment options during performances.

She was still a teen when the great Rafael Hernandez spotted her and took her under his wing. He saw the talent, charisma, and a silky voice that needed some work.

The time with Rafael Hernandez spring boarded her to fame. On the way, she improved her singing and learned about many other genres besides the guaracha. With Rafael, Myrta Silva fell in love with the Bolero, which had a lasting impact in her singing and songwriting.

Years later, as the new medium of television took hold in the 1950’s, Myrta wasted no time in hosting a show and becoming a producer.

A Supreme Performer and Entretainer

Its almost redundant to mention that Myrta Silva had a knack for show business.

Before becoming the “Gorda de Oro“, she would use a natural and sometimes provocative style to win over audiences.

Myrta followed her time with the Cuarteto Victoria with seasons performing as a solo artist at the Escambron Beach Club, and later with the famed Sonora Matancera in Cuba. During this time, she was named Most Popular Foreign Artist in Cuba and would become known as the “Queen of the Guaracha“.

It was after her great success with the Matancera that Myrta Silva focused on touring as a solo artist, and becoming a producer in both music and television. In Argentina she was recognized as the artist with most album sales.

For Myrta Silva becoming an artist was not just a way of making a living, but of making an impact.

She became the first Guarachera with the Cuarteto Victoria, and possibly the first female producer in Puerto Rican television.

During her time with the Sonora Matancera she spotted a young unknown Celia Cruz, and helped prepare her to take her place.

Her TV shows focused on giving exposure to artists. She came up with the show “Tira y Tapate“, which featured her character Madame Chencha. It was the first gossip show in television, which paved the to many other that gave followed.

This month we commemorate the 93rd birthday (09/11/1927) of this talented and daring artist, who left a paved the way for many artists in Latin America.

Can’t leave without a video of this extraordinary artist, singing “Nada“, of the pen of her friend and mentor Rafael Hernandez.