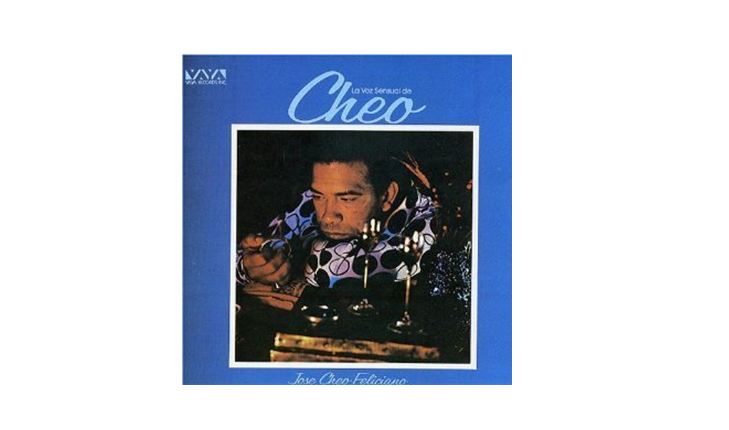 The album “La Voz Sensual de Cheo Feliciano” was launched over 48 years ago. It’s release occurred one year after his comeback album “Cheo” came out.

Note: I published this blog back in 2013 to commemorate the 41 years of the release of this album.

I was surprised when Cheo Feliciano followed his amazingly successful “Cheo” with an all-boleros album. At that time, I wasn’t much into boleros. However, I did like an album format which included 2 or 3 boleros mixed-in within the album. This is because if you were at a party, you would have an excuse to dance close with the girl you liked. But back then I thought an all-boleros album was too much romanticism.

“La Voz Sensual” and the Bolero-Filin

“La Voz Sensual de Cheo” featured a song Bobby Capo wrote which had influences from the Cuban bolero “filin” movement. Cuban singer Elena Burke (nicknamed “Señora Sentimiento”) had performed the song “Juguete” in her distinctive sentimental style. Fania executives thought correctly that this song would be a perfect fit for Cheo’s sentimental bolero-singing style. They made it a strait “bolero” (not in the “filin” style) so it would be more danceable.

“Juguete” wasn’t the only song in “La Voz Sensual” that came from the “filin” movement. “Nuestras Vidas” and “Cansancio” were written by Cuban pianist and songwriter Orlando de la Rosa. This songwriter had a huge influence in the “filin” movement of the 1950’s and 60’s. Additionally, “Contigo a la Distancia” is a “filin” classic from the pen of Cesar Portillo de la Luz.

Note: you can read more about the “Bolero-Filin” history in my 3-part blog series which starts HERE.

Cheo Feliciano wrote “Como Rien” another of the hits from “La Voz Sensual”. All-in-all, “La Voz Sensual de Cheo” did very well commercially. It followed the huge success of “Cheo” and relied on the success of 2 boleros in that album. One of the songs was “Mi Triste Problema”. Tite Curet Alonso wrote this song as a “fill-in” song in a 30 minute bus trip to the recording studio. This was because Fania realized they were a song short for the album and asked for his help. The other bolero in “Cheo” was “Franqueza Cruel”, which became another Tite Curet masterpiece.

There were very few Salsa music artists at the time (and to this day) that could successfully release an all-boleros album. The maestro Tito Rodriguez had perfected the art. However, it was clear how difficult it was to emulate that act. Cheo Feliciano proved up to the task because of his great versatility as a singer, and the feeling he brings to his boleros.

Although 48 years ago I wasn’t very pleased with Cheo Feliciano releasing an all-boleros album, I’ve learned to appreciate the genre and this album, especially the 3 or 4 gems it contains.