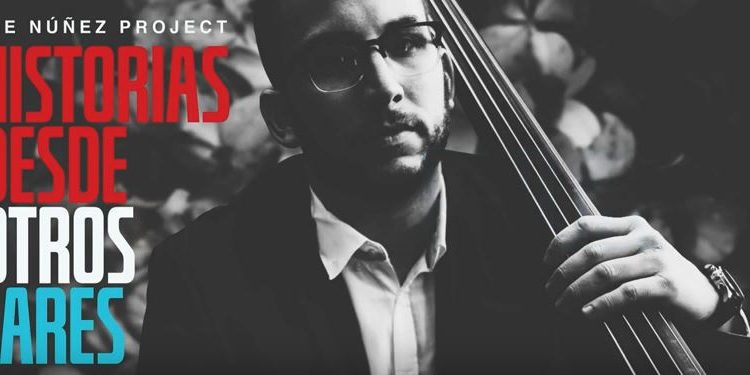 I want to highlight that the music in “Historias” uses Puerto Rican folk rhythms of Plena and Bomba as a backdrop to the Jazz played on top. The result is as good as some of the best California red wine blends.

In 2014 Puerto Rican bassist and composer Luis Gabriel Nuñez formed a musical ensemble which would blend his love for jazz and his passion for his native rhythms. Perhaps because of its experimental nature, he called it “The Nuñez Project”.

“Historias Desde Otros Lares” is the first recording of the ensemble. But LuisGa, son of Plena Libre director Gary Nuñez, still had a few more ideas for the recording. He wanted to record “live”, in order to capture the music as naturally as possible.

Here’s a short promo video of LuisGa introducing this recording.

“Historias Desde Otros Lares” is an EPK that includes 7 distinct songs. I really enjoyed the musical blend of Jazz with Plena or Bomba, depending on the song.

Note: you may have noticed that I’m using the terms Plena and Bomba and not the usual Bomba and Plena. That is because LuisGa uses Plena much more than Bomba.

I (reluctantly) will do a comparison with another album that blended Jazz and Plena. That is Miguel Zenon’s “Esta Plena“.

“Esta Plena” and “Historias Desde Otros Lares” are quite different despite the conceptual similarity. Miguel Zenon’s project highlights the Plena rhythm much more heavily and is almost “in your face”. In many cases, it goes from 100% Plena into 100% Jazz.

LuisGa’s project is a much more subtle blend of these rhythms. Although there are mix tempos in both recordings, the music in “Historias” is noticeably slower than in “Esta Plena“. Lastly, LuisGa also used Bomba while Miguel stuck to Plena.

That said, I found the music in “Historias ” a nicely palatable blend of Jazz with either Plena or Bomba. The compositions by LuisGa are varied and provides opportunities for each musician to show their skills.

Here’s one of the key tunes of “Historias Desde Otros Lares“, titled….”Lares“, perhaps one that highlights the Plena rhythm most strongly.

I found “Historias Desde Otros Lares” a very refreshing and enjoyable recording. You don’t have to be a folk enthusiast of Bomba and Plena in order to enjoy the music in this EPK.

The 80th of Roberto Roena