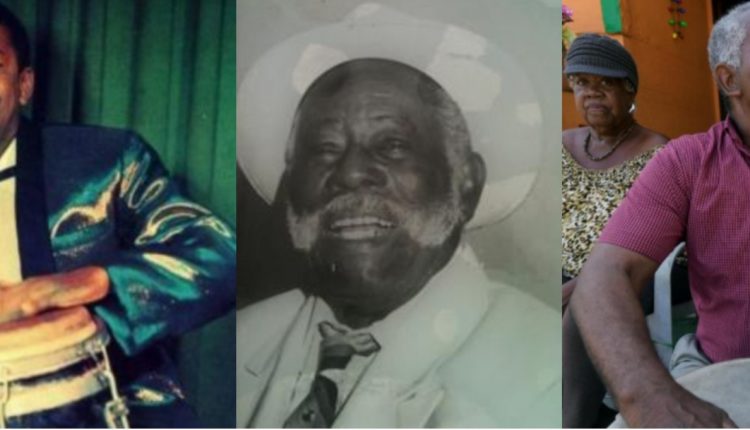 As “Bomba” turned into the 20th century, it only survived in the backyards of the black neighborhoods in Puerto Rico.

The free, but still marginalized, negro population in Puerto Rico began to listen and experience other types of music, including newly emerging “Plena“.

In the early 20th century a few conditions were changing in Puerto Rico that began to erode the popularity of “Bomba“.

The negro population had now enjoyed over 20 years of “freedom”, although they were still marginalized. The Americans had arrived, and a new style of government was taking place, one that came with the promise of equality and justice for all.

“Danza” continued to flourish as the predominant type of popular music, mostly around the elite white society. In the interior mountains of the island, the “Aguinaldo“, “villancico“, and “seis“, played with the cuatro and its family of guitars, continued as the main music enjoyed by the people of the haciendas.

However, in the coastal areas, a new type of music was emerging. “Plena“, which originated in Ponce, was rapidly spreading through the black Puerto Rican population that worked in the big plantations. It slowly began to replace the “old Bomba” of the slaves, which slowly began to vanish.

One of the families that had carried the musical tradition of the “Bomba” was the Cepeda Family. Established in the northern coastal area of Santurce, the Cepeda Family had continued to perform “Bomba“, both the rhythm and the dance, in its most original forms.

As “Bomba” began to disappear, don Rafael Cepeda, the family patriarch, made a commitment to preserve its roots through his family.

“Plena” was enjoying a prosperous period, with artists like Manuel “Canario” Jimenez, Mon Rivera, Cesar Concepcion, and Ruth Fernandez recording it beginning in the late 1920’s and going through the 30’s, 40’s, and beyond.

Rafael Cepeda and his family formalized their folkloric musical group in the 1940’s, carrying “Bomba” with their traditional rhythms, dances, and costumes, from Santurce to Loiza, and the rest of Puerto Rico.

Through the 40’s and early 50’s, Rafael Cortijo worked as a percussionist with some of the most popular bands in Puerto Rico. During this period, he worked with Augusto Cohen, Daniel Santos, Myrta Silva, Ruth Fernandez, Bobby Capo, and others.

When he decided to form his own band, he wanted to bring the popular music he had been playing with these great artists, but with his own twist. Being from Santurce, Cortijo was keen of both Bomba and Plena, and knew well the work of the Cepeda Family. He decided to make both rhythms the centerpiece of his music, and complement them with the guarachas and other rhythms.

Years earlier Cesar Concepcion had brought “Plena” to the main dance halls of Puerto Rico. Cortijo wanted to follow on Concepcion’s footsteps and bring both “Bomba” and “Plena” to the masses. With the charismatic Ismael Rivera at vocals, he was able to bring life to the, until then, dormant “Bomba“.

It’s important to point out that the main contribution of Cortijo was to bring out the Bomba from a folkloric classification into mainstream popular music. As I mentioned above, “Canario”, Cesar Concepcion, Ruth Fernandez and others had done this with the “Plena“.

In the video below, Cortijo starts briefly with the rhythm of “Plena“. Then stops and goes into a “Bomba” titled “Maquino Landera“.

In 1959 Castor Ayala put together a group, which he first called the Familia Ayala, at the request of a TV producer who wanted to show a “Bomba” dance in his program. It turns out that at that time there weren’t many people who could dance “Bomba” in Loiza.

Castor Ayala eventually found his dancers and percussionist in Loiza. Most of the group’s members where from his own family. They rehearsed in his patio and performed at the TV show. The show was a hit and The Ayalas became the first group to dance “Bomba” in TV. After the show, Castor began receiving numerous requests for his group and “Bomba” dance show.

Eventually Castor changed the name of the group to Ballet Folklorico Hermanos Ayala, and they continue to demonstrate the “Bomba” dance throughout Puerto Rico and internationally.

With that, El Gran Combo continued to help keep “Bomba” alive and relevant in the popular music in Latin America.

The theme in this very appropriate song, “Me Lo Contó Tu Papá“, is about old styles coming back, including the “Bomba“. As we will see, this has been the case precisely.

In a future part of this series, I’ll discuss the new generation of artists keeping alive both “Bomba” and “Plena“, and how I see the future of both.

But before we get to that, let’s take a look at the icons of “Plena“.