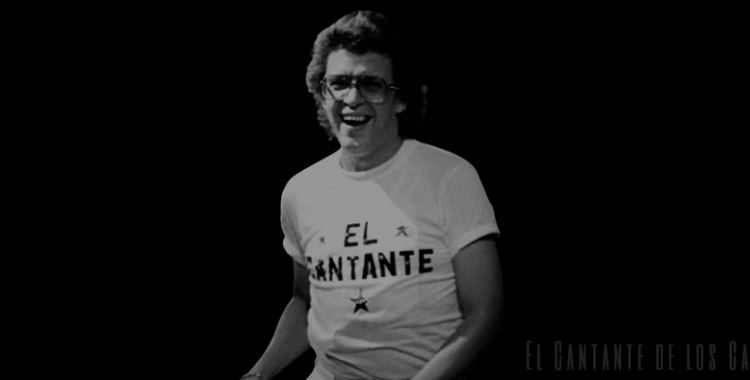 “El Cantante” (The Singer) is an iconic song in Salsa and Latin music. It carried Hector Lavoe’s comeback album “Comedia” and possibly elevated him from Salsa star to Salsa legend.

“El Cantante” was written by Ruben Blades. Although at the time Ruben regularly wrote songs for himself as well as for other Fania artists, he intended to keep this one for himself.

Perhaps one of the reasons Ruben wanted to keep “El Cantante” was the song’s characteristic of leveling the artist with the public. The line “…pero, cuando el show acaba, soy otro mano cualquiera…” (..but, when the show ends, I’m just another dude) does the trick. Remember Ruben Blades had a Law degree at a time most of his colleagues didn’t have a High School diploma.

At that time Willie Colon was working with Ruben Blades on their follow-up album, to be titled “Siembra” (1978). They had plenty of great material for that album.

At the same time, Willie was producing Hector’s comeback album “Comedia” (1978). Hector Lavoe had been out of the scene for close to 2 years, trying to get his life in order after drugs had taken it out of control. Although “Siembra” had plenty of good songs, Willie hardly had any good song for “Comedia”.

With that situation on his hands, Willie was able to persuade Ruben that Hector needed this song for his comeback. Without “El Cantante”, the album would’ve been a poor one.

Ruben reluctantly agreed to cede the song for Hector, and was later very happy he did so. He later admitted that Lavoe performed the song much better than he would have.

That was proven to be true some years later when he recorded “El Cantante” as part of the album “Doble Filo” (1986). This album was part of a trilogy of albums Ruben did to get rid of his contract with Fania Records.

Note: you can read more on that Ruben Blades trilogy HERE.

The message of “El Cantante” is a look at the artist as a human being trying to make a living. In that sense, it shares a similarity (in message, not lyrics) with Billy Joel’s “Piano Man”.

..sing us a song tonight,

..and you’ve got us feelin’ alright”

“…vinieron a divertirse, (you came to have fun,)

..no hay tiempo para tristezas, (..there’s no time for sadness,)

The Structure of “El Cantante”

There are two things about the structure of “El Cantante”. The use of the violin machine and the length of the song.

The use of the synthesizer with the violins sound effect was something Willie Colon tried in Hector Lavoe’s previous album. He first tried it with the Tite Curet Alonso song “Periodico de Ayer”, which Willie arranged. The song was such a success, that Willie then tried it with the song “Siembra” in his album with Ruben Blades. And in “Comedia” he used synthesizer violins in “El Cantante” and “Bandolera”.

After trying the lengthy “Pedro Navaja” (7:23), which became perhaps the most popular song in Salsa music, Willie continued trying lengthy songs. “El Cantante” went on for over 10 minutes, perhaps the first song in Salsa that long. There was a shortened version played in the radio, but it still defyied all recording convention for popular music.

Yet, the song is so good, that it worked regardless of length or synthesizers.

“El Cantante” became Hector’s signature song, and earned him the nickname among his peers of “el Cantante de los cantantes” (the singer of the singers).

He couldn’t me a performance without singing it. It ensured his comeback was a success, and exalted him to Salsa legend status! With Hector Lavoe’s known personal problems, the song fit him perfectly and people could see Hector in the song. Despite how well written the song is, the fans would not have identified Ruben Blades as closely with the song as Hector was albe to do it.