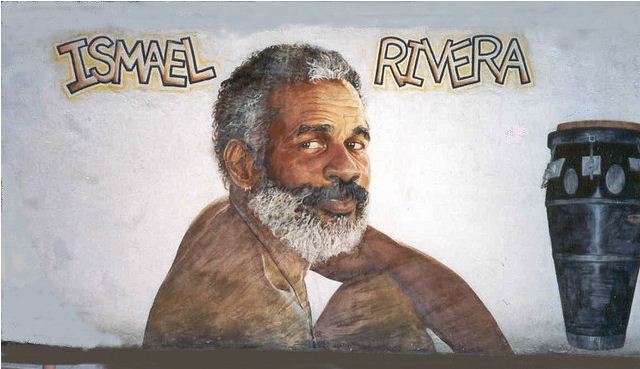 October 5th is the birthday of Latin music legend Ismael Rivera “El Sonero Mayor”. It happens to be just a couple of days after the passing anniversary of his legendary partner, Rafael Cortijo.

In my opinion, Maelo became such an influential singer in Latin music because he and Cortijo, his early musical partner, did things differently than the other bands and artists.

Note: this blog was originally published on Latino Music Café on October 9th, 2010.

Back when I was a “pre-teen”, “Dime Por Que“, included in the 1972 Salsa album “Esto Fue Lo Que Trajo el Barco” was one of the songs that defined for me the richness of Salsa music. In part, it helped make me a Salsa fan. It impacted me so much that I can still remember the 1st time I heard the song. It was in my mom’s car returning from swim class. My mother wasn’t a Salsa fan, but in those days there weren’t radio stations dedicated to Salsa. Most radio stations played a bit of everything. “Dime Por Que” became very popular and was played on the radio frequently.

The thing about “Dime Por Que” that reflects the big contribution Ismael Rivera made to Latin music was that he was a master of singing around the clave. He would come up with phrasing to fill in and make the timing for his “soneos” come in at the right time.  Maelo used phrases like “bitukilatinbin“, “yembere cu yeyeo” “maribelemba” and others to sing all around the clave, but without ever missing its timing.

Ismael Rivera always kept the clave in front of him. If you go to YouTube and watch some of his videos of the time when he was part of Cortijo y su Combo, you can see that he tended to keep marking the clave with his fingers in a very purposeful manner. Maelo would sing all around the clave without missing a beat, which was not done at that time.

So Maelo is widely attributed with being the father of singing around the clave. This practice was widely imitated later and became popular with the “soneros” that came after him. In his rendition of “El Cumbanchero“, Ismael sings “…a mi me dice El Sonero Mayor, porque vacilo con la clave y con el tambó“.

Other Masters of Clave

But there is some controversy about this, as others attribute this style of singing around the clave to Cuban great Benny Moré (you can read my blog “Beny Moré: Cuba’s King of Rhythm and Improvisation” HERE). Both, Ismael and Benny were “soneros” ahead of their time.

Here’s a YouTube audio clip of Ismael Rivera singing “La Cumbita“, where his ability to sing around the clave is highlighted.

The One and Only “Sonero Mayor”

Ismael’s aggressive style of singing, along with his down-to-earth voice and “soneos”, made his songs very entertaining.

For Ismael Rivera, singing around the clave came so naturally that it was hard to notice what he was doing. As a “pre-teen” I had no knowledge of the clave or what Ismael was doing. I just knew it sounded very good, and to this day, I cherish listening to “Dime Por Que” and almost all of Ismael Rivera’s repertoire.

Salvador Cuevas Was A Salsa Innovator