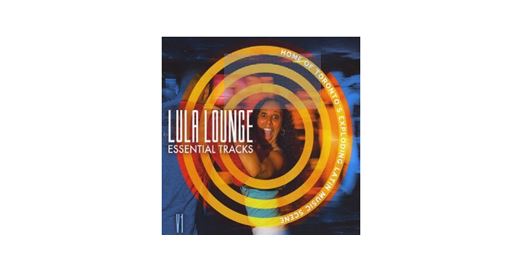 Who? Yeah, I know! That’s what I said too…until I hit the “Play” button on “Lula’s Lounge Essential Tracks”. Then I was drinking Cuban Salsa music through a fire hydrant.

Lula is a lounge in Toronto which hosts Latino music, particularly good Cuban Salsa music and Latin jazz. Lula’s Lounge is celebrating 10 years of hosting the best Latino music in Toronto, and somehow, they decided to capture some of the best of those great bands that perform there in one recording. These are bands that have been doing their own recordings.

Unless you’re from Toronto, Canada you probably haven’t heard of Lula’s Lounge, the gathering place for Latino music there. Neither did I, until I got a ping from PaperRockSissors (music marketing firm) to check it out. I was glad I did.

Lula’s Lounge contains 15 Salsa songs performed by 14 different artists (the only one repeated is Roberto Linares). Among the Latino music performers are the band of Cuban pianist Hilario Duran and the band of Jane Burnett.

Ahh…so this is where they met to collaborate in that amazing Latin jazz album “Cuban Rhapsody”.

Hard to pick something I don’t like when I’m bought into this Salsa album concept of recording various local bands in an album. But logically there will be songs I don’t like as much.

My Recommendation of “Lula’s Lounge”

I definitely enjoyed “Lula’s Lounge” and plan to keep it in my iPod so my friends get to listen to some of my favorite songs. If you like Cuban Salsa music, or simply Salsa Dura, you will like this album. I loved that it included solos of various instruments along the way, including piano, bongo, clarinet, etc. It has plenty of music by mostly unknown Latino music artists (I only knew Hilario Duran and Jane Bunnett).

This is a fresh concept with fresh Salsa music sound that will keep you curious and dancing throughout the album. How can “Lula” have gone wrong if she probably screened the Salsa album performers based on the reaction of the public at the live performances at her lounge?

You can’t go wrong with this!

Is Nelly Furtado the Next Eydie Gorme?