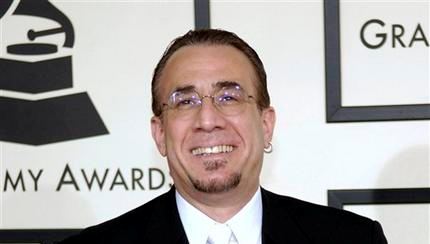 For the 1st time I select for Latino Music Café a “Latin Music Person of the Year”, there is no better choice than musician and educator Bobby Sanabria to get that distinction for 2012.

To the musician and educator titles, you can add activist. My selection of the New York-based percussionist for 2012 Latin Music Person of the Year is due to two reasons:

1. Reinstatement of the Latin Jazz category to the Grammy Awards.
2. Release of “Multiverse” (Grammy Nominated for Best Latin Jazz Album)

The Latin Jazz category was introduced in the Grammy Awards in 1995, with the hard work of musicians like Eddie Palmieri. That year the award then called “Best Latin Jazz Performance” went to Cuban trumpeter Arturo Sandoval. Coincidently, Sandoval was my runner up for Latin Music Person of the Year at Latino Music Café.

When in 2011 NARAS (National Academy of Recording Arts and Sciences) decided to eliminate the Latin Jazz category as part of the 31 categories eliminated from the Grammy Awards, the maestro Bobby Sanabria was one of the loudest and most insistent opponents to the measure. He organized protests and wrote to NARAS asking for an explanation. When nothing worked, Bobby got a lawyer and sued NARAS for negligence. [See Latino Music Cafe blog: “Bobby vs. Goliath (Grammys)” ]

In my opinion, what turned the tide and eventually drove NARAS to reverse its decision in June 2012 was the barrage of negative publicity they got in the press. That negative publicity came through the many constant protests of the removal of the Latin Jazz category. Carlos Santana, Bill Cosby, Eddie Palmieri, and Paul Simon openly expressed their opposition to NARAS removal of the Latin Jazz category. Bobby Matos and Pete Escovedo joined the protests on the west coast. With the mounting pressure, NARAS finally had to reverse its position on Latin Jazz. Although many people worked hard for getting Latin Jazz back in the Grammy Awards, the person most associated with this was Bobby Sanabria.

A couple of months after the reinstatement of the Latin Jazz category to the Grammy Awards, Bobby Sanabria realeased “Multiverse”. It was his 9th recording as a bandleader (if I counted correctly). For “Multiverse” the maestro Sanabria received his 3rd Grammy Nomination (nominated for both Best Latin Jazz Album, and Best Instrumental Arrangement – for the track “Afro-Cuban Jazz Suite for Ellington).

These contributions to Latin Music are at the top of my list for 2012 and deserve Bobby Sanabria the Latino Music Café “Latin Music Person of the Year”.

Song for Venezuela: Who was Maria Lionza?