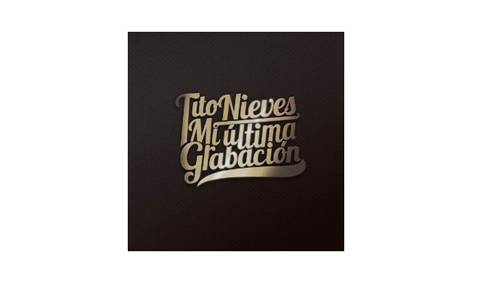 “Mi Ultima Grabación” was released in November of 2011, and hits first hit, “Eres Linda” remained in the #1 position of Salsa hits n Mediabase for several weeks, and #3 position in Billboard’s list.

Despite the album title, this is not Tito Nieves last recording. Tito is not retiring nor dying. The title simply means this is his latest recording, but will not be his last. Tito Nieves is already working on this next production, a CD that will likely be titled “Spanglish” with half of the songs in English and half in Spanish, and after that has plans for an all-ballads album.

What I Liked About “Mi Ultima Grabación”

Good musical variety – the main thing that I like about this Tito Nieves album is the rhythmical variety of the songs. Unlike his previous recording “Entre Familia”, which seems like all the songs of it came out of a cookie cutter, with same exact formula but with different words, “Mi Ultima Grabación” provides more variety even among the Salsa songs, and inter-weaving 3 ballads. The effects is an album that keeps you interested through its entirety.

Includes an “oldie” – Tito Nieves pays tribute to his idol, mentor, and ex-boss, Hector Lavoe by recording Lavoe’s 1977 hit “La Verdad”. I totally loved the selection and the arrangement made by Ramon Sanchez to the song. It even includes a brief trumpet solo by Jan Duclerc (when was the last time you heard a solo on a “Salsa Romantica” album?).

Beautiful songwriting – of the 9 sons, 6 where authored by “Salsa romantica”Cuban songwriter extraordinaire Jorge Luis Piloto. This includes, “Eres Linda” a beautiful romantic song that Tito Nieves records in both Salsa and Ballad styles.

Great sound – the musical arrangements, made mostly by “Mi Ultima Grabación” co-producer Ramon Sanchez, the excellent musical execution by the band, and the quality of the recording, all combine to provide the Salsa music fans an enjoyable album to listen.

Good ballads – there are Salsa singers that are great singing Salsa but I just can’t get them when singing ballads. Two cases that immediately come to mind are Gilberto Santa Rosa and Victor Manuelle. Santa Rosa has improved considerably, but I still feel him “cold” in ballads. Is like noticing and actor is acting, which means he’s not acting that good. I believe this is the 1st time I hear Tito Nieves sing ballads and he does it in a very convincing manner. It might be the fact that Tito sang ballads as a youngster before becoming a Salsa singer. But he delivers the 3 ballads in the album extremely well.

Unrealized “classic Salsa” potential – Tito Nieves is an old-school Salsa singer, having worked in Hector Lavoe’s band, and then being lead singer of Conjunto Clasico, one of the hottest Salsa bands in the ’80’s. I think Salsa fans would enjoy if Tito added at least one, hopefully two old “Conjunto Clasico” songs in his Salsa albums, or old songs from anyone.

I’m glad he included Hector Lavoe’s “La Verdad” in this album (which is a kind of classic Salsa love song), which fits well with Tito Nieve’s “Salsa Romantica” repertoire. Adding one or two classic “salsa dura” old songs will please another part of the Salsa audience and adds musical variety to the recording.

Album Cover Art – getting really picky, the all-text with black background album cover-art was not very compelling. It looks to plain and lame.

“Mi Ultima Grabación” is one of the best Tito Nieves recordings as of late, mainly because of the musical variation it contains. Previous albums have good songs, but almost have to listen to them individually in order to not have the “cookie cutter” effect come to light.

I’m glad Tito Nieves is now under his own music label, because it gives him the freedom to include any songs he likes.

“Mi Ultima Grabación” is a beautiful recording to listen and dance, and a great CD to add to your Salsa collection.