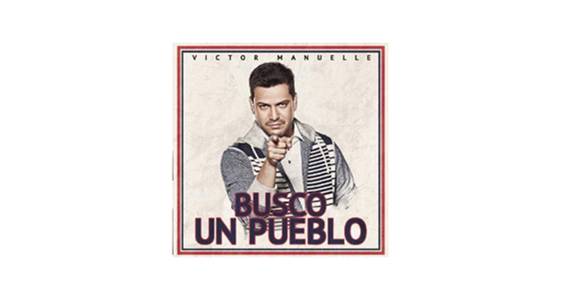 “Busco Un Pueblo” brings the same formula of “Salsa Romantica” with good swing, which has worked well for Victor Manuelle.

“Si Tu Me Besas” was his 20th #1 hit in Billboard’s Latin Music Charts. It also made the Top Latin Songs (2), and Latin Tropical Airplay (18). “Busco Un Pueblo” was produced by Victor Manuelle for his own label Kiyavi Records, while it’s distributed by Sony Music.

What I Liked About “Busco Un Pueblo”

The Deluxe Version Deluxe includes 4 ballads, which are versions of the Salsa songs in the album. In “Llegaste Tu” he makes a duet with Christian music emerging talent Marcos Yaroide.

Baladas: the addition of ballad versions of 4 of the songs in the album makes good commercial sense. This widens the prospective audience and diffusion of the recording. However, Victor Manuelle is not a very prolific ballad signer.

The addition of an electric guitar in “Llegaste Tu” (ballad version) seems completely out of place and doesn’t fit well with the mood of the song.

“Busco un Pueblo” is a good album that will please Victor Manuelle fans as it follows the formula of his previous albums. His signature style of “Salsa Romantica” with swing continues to touch the good side of Salsa music lovers.

It’s a well produced album which incorporates quality songs, quality musicians, and quality arrangements. And of course, it has Victor Manuelle’s on-top execution in the vocals.

Wynton Marsalis and the Joy of Music