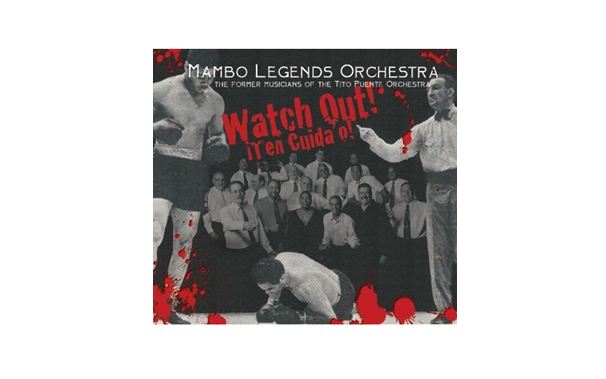 “Watch Out Ten Cuidao” is Mambo Legends Orchestra debut album although the musicians in this band have recorded dozens of albums.

The ex-members of the Tito Puente Orchestra invited some of the best musicians of the New York Salsa music scene to record an album that I think will be nominated for a Latin Grammy and would have been nominated for a Grammy had the categories remained unchanged from last year.

I don’t know if I would call the Mambo Legends Orchestra the best Salsa band, as some are fast to call them, but their CD is one of the best recordings of “salsa dura” I’ve heard in a while.

They are out to give their neighbors, the Spanish Harlem Orchestra, who won a Grammy for 2010 Best Tropical Latin Album, a run for their money in the “salsa dura” world.

In the below review (in video) of Watch Out, Ten Cuidao, I provide my comments and opinions on this double CD which contains 16 songs, and as always include album facts, what I liked and what I didn’t like about the album, and my recommendation. The Mambo Legends Orchestra is led by veteran musicians Jose Madera, John “Dandy” Rodriguez, and Mitch Frohman.

Let me know your comments and opinions about this recording.