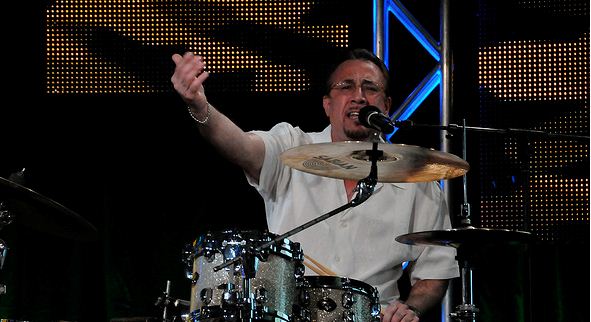 Latin Jazz maestro Bobby Sanabria and I were recently chatting about my recent review of his 2011 release “Tito Puente Masterworks Live”. Below I include his comments on why he included some songs in the album.

In the “Tito Puente Masterworks Live” review, I pointed out that there were 2 songs that quite didn’t do much for me. The maestro Sanabria thanked me for the review and included a brief history of the two songs I pointed out. As a true teacher, we wanted me to understand why they were included in the recording. He also added insights to some of my other comments in the review.

An important fact that the maestro Bobby Sanabria included in his remarks is that the proceeds of the sale of “Tito Puente Masterworks Live”, go to the scholarship fund of the Manhattan School of Music. Therefore, by buying this album, “… you’ll be helping these great young talents continue their education”, as the maestro says.

With the maestro Bobby Sanabria’s permission, I’m copying his remarks below so that you can benefit from the history lesson just as I did.

In answer to your query regarding the selections, the concept was to showcase Maestro Puente’s genius as a composer/arranger. That said, the drum is mightily present throughout with the great percussive work of Cristian Rivera, Eddy Hackett, Obanilu Allende, Danny Robbins, Jake Golbas, and the superb Norman Edwards on drums and vibes, and yours truly even gets a chance on vibes, drums, and timbales. 🙂

Including a tune like “La Leyenda” would have been great if the CD were a Salsa oriented dance CD. But as you stated it is a jazz-oriented one. The bolero that I picked, “Me Acuerdo De Ti”, was strictly chosen because Maestro Puente incorporated orchestral arranging technique, several tempi and rhythmic changes, and superb writing all in what is basically a bolero. It also was the perfect vehicle to showcase Rachel Kara Perez’s vocal talents.

“Mambo Buddha” was chosen because it is what we call a “through composed” piece. This means that there is absolutely no improvisation and is as the Maestro intended it to be. It’s a thematic piece showcasing the influence Asian music had on him when he first experienced it during his tenure serving our nation in the Pacific theater in WW II. It is also an example of what he would have done if he had been given the opportunity to score for films, which he wanted to do but got sidetracked by being a bandleader.

That said, listen to Christian Sands’s incredible piano work on the piece which brings out the Asian flavor. “Mambo Buddha” was never performed live by the Puente orchestra; they only recorded it during his tenure with RCA in the mid ’50s. Therefore, we’re proud that we are the first to do so.

“Ritual Fire Dance” was selected because it showcases Maestro Puente’s command of European orchestral music and how he uniquely adapted this Manuel De Falla piece in his own creative way. From a strictly technical standpoint, it is a tour de force showcase piece for the lead trumpet requiring virtuosic technique and Paul Stodolka did an incredible job.

Thanks for your kind words and I hope this helps you understand my thought process. The CD has been getting great reviews (including yours) and when people say it is a college band it is almost like being apologetic. These young adults have nothing to apologize for. I’d put them up against any professional big band in the country, including mine! 🙂

I hope the guys in my own multi-Grammy nominated big band are reading this. 🙂 For those of you reading this, the previous CD by this band, Kenya Revisited Live!!! was nominated for a Latin Grammy. As with the previous one, if you purchase this one, the proceeds go to the scholarship fund of the Manhattan School of Music so you’ll be helping these great young talents continue their education.

Ache’ (positive energy) to everyone.